Jazz! Its fans are passionate about it, and many others are drawn to what is different and exciting about this music. Don’t miss the thrilling performances of an internationally acclaimed jazz band coming to the Auditorio in Ajijic for two concerts on January 11 at 7:30 pm and January 12 at 2:30 pm.  This caliber of jazz is unprecedented at Lakeside.  Audiences are in for stimulating performances of cool, sophisticated music.

Members of the Guido Basso quartet and special guest singer Molly Johnson have performed with many of the biggest names in jazz.  The quartet is composed of Guido Basso on flugelhorn, Steve Wallace on bass, Mike Murley on soprano and tenor sax, and Reg Schwager on guitar. Vocalist Molly Johnson’s interpretations of jazz and blues music has delighted audiences throughout the world. 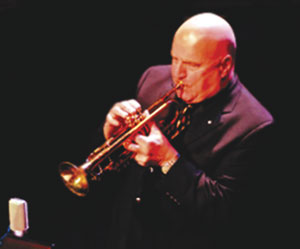 Guido Basso is a legendary Montreal-born arranger and composer whose work on the flugelhorn astounds audiences. He began playing the trumpet when he was nine years old and was recognized as a prodigy when he studied at the Conservatiore de Musique du Québec. As a teenager, he toured with Vic Damone and spent 1958 - 1960 touring with Pearl Bailey and her husband Louis Bellson before he moved to Toronto and joined the studio and television scene.  As one of the biggest names in Canadian Jazz, he organized concerts with Dizzy Gillespie, Quincy Jones, Woody Herman, Benny Goodman, Duke Ellington, and Count Basie. He has recorded with Buddy Rich and Diana Krall and has been a music director for TV and radio shows.  Performing in Toronto with his own small groups, he brought together jazz and Latin music.  He has been credited with the theory that one attacks the trumpet but makes love to the flugelhorn. In 2004 he earned a Juno in the Traditional Jazz Category for “Lost in the Stars.”  Guido plays with a quiet passion and has a rare ability to communicate on a very personal level.  His playing is full of subtle, dynamic shadings with constantly shifting colors.  As a mainstay in Rob McConnell’s Boss Brass band, he drew rave reviews from critics around the world.  He continues to amaze audiences with his sensitive interpretations of songs from The Great American Songbook. 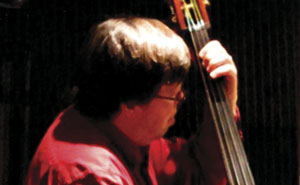 Born in Toronto in 1956, Steve Wallace has been called the most powerful bass player in Canada.  In April 2013 he won a Juno Award for Best Traditional Jazz Album for “Test of Time,” with Mike Murley and Ed Bickert.  He has recorded and toured with Oscar Peterson, Oliver Jones, Rosemary Clooney, Mel Torme, Rob McConnell, and Fraser MacPherson.  In 1985 he toured Europe, Japan, and Australia with Woody Herman and in the 1990s he toured as a member of the Oscar Peterson Trio. He is also an accomplished blogger with his postings on wallacebass.com. 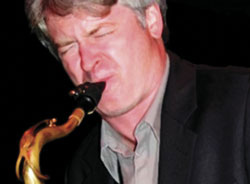 Mike Murley has earned several Juno awards for his soprano and tenor sax playing.   In 2013 he earned a Juno in the category of Best Traditional Jazz Album when he was featured on “Test of Time.”  Called one of Canada’s finest jazz artists with impressive international credentials, he often collaborates with David Occhipinti and has recorded and played with Randy Brecker, Jack McDuff, and Norma Winstone. His latest releases include “The Melody Lingers On” with saxophonist Tara Davidson and “Day and Night” with the Dave Liebman/Mike Murley Quartet.

Reg Schwager was born in the Netherlands in 1962. When he was three his family moved to New Zealand where he studied Suzuki violin. Although he studied recorder, flute, and piano when his family moved to Ontario in 1968, he decided that the guitar would be his main instrument.  By the time he was fifteen he was playing jazz with large bands and small groups and eventually became one of Canada’s leading jazz guitarists. He has toured with George Shearing and Diana Krall and recorded with Gary Burton and Mel Torme and earned “Guitarist of the Year” for four consecutive years from 2005 - 2008. He maintains a blog devoted to news about Brazilian music (bmth.blogspot.com). 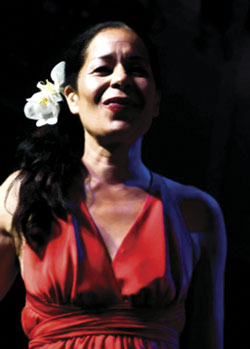 Molly has earned a reputation as one of Canada’s greatest voices.  She has rocked standing-room only audiences in nightclubs and bars from coast to coast. She made history at the Toronto Downtown Jazz Festival by becoming the first Canadian female vocalist in the festival’s history to sell out a show on the main stage.  Although she was a child star, she did not release her first solo album until 2000. Since then, she has released three more, the last in 2008 called Lucky, a collection of standards, which won her a Juno for Best Vocal Jazz Album of the Year in 2009. In that year she also won the National Jazz Award for Best Female Vocalist.  Uninterested in romantic or religious ballads, the through-line of her artistic career has always been, “Be strong and true to yourself.  Listen to yourself.”  Her parents met in Switzerland where her mother, Suzanne, was part of a wealthy American family and her father, John, was an African-American World War II GI who returned to Europe because American Universities had a color quota.  Like her mother, Molly is also a social activist, acknowledging, “I have this responsibility thing.” She started the Kumbaya Foundation which has raised over one million dollars for people living with HIV/AIDS.

While Jazz is difficult to define, improvisation is one of its major elements and is the creative expression and interaction between composer and performer.Improvisation developed enormously over the history of the music. In early New Orleans and Dixieland jazz, performers took turns playing the melody, while others improvised countermelodies. During the Big Band era, the reliance turned more toward arranged music while individual soloists improvised within the arrangements. With the shift back towards small groups, the melody was stated briefly at the start and end of a piece, but the core of the performance was a series of improvisations. Unlike symphonic music, which is played without ever varying a single note, skilled jazz performers interpret music in individual ways, never playing a composition exactly the same way twice. The performer’s mood and personal experience, interactions with other musicians, or even members of the audience, may alter melodies, harmonies or even time signature.

The jazz genre originated at the beginning of the 20th century within the African-American communities of the Southern United States. It combined European harmony and form elements with African-based music, evident in its use of blue notes, improvisation, polyrhythms, syncopation and swing. From its early development until the present day, jazz has also incorporated elements from popular music, especially American.

As the music developed and spread around the world, it drew on many different musical cultures, giving rise to distinctive styles, like New Orleans jazz, bebop, Afro-Cuban jazz, avant-garde jazz, Latin jazz, jazz fusion, and other ways of playing the music. These performances will raise much-needed funds for Niños Incapacitados. Very generous sponsors have contributed sufficient money to cover all major expenses for the musicians’ visit, which means that all money raised by the concerts will go directly to help the children in the Niños Incapacitados program.

Tickets are only 300 pesos and are available in Ajijic at Colecciones Diane Pearl (Colon #1) and Mostly Chocolate (Constitución #39). Tickets are also available at the Auditorio de la Ribera on the following Fridays: November 15, 22,  and 29 from 10:30am to 12:30pm, by phone at 766-3651, 766-1937 or email at This email address is being protected from spambots. You need JavaScript enabled to view it..

To hear examples of the Guido Basso quartet and Molly Johnson, go to http://www.jazzgreatsplayajijic.com. 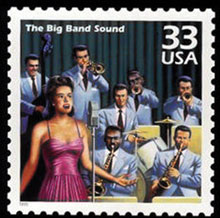