THE AMERICAN SCHOOL: The Scholastic “Pearl of the West” 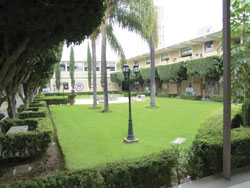 You wouldn’t guess it from looking at its weathered stone walls, but there’s a haven of learning inside this one city block enclosure in Colonia Providencia. Buoyant with the exuberant nature that characterizes the city, The American School Foundation of Guadalajara, A.C. first opened its doors to educators and students from around the world 105 years ago. Now, ASFG has evolved to become a school that is considered to be one of the finest in Latin America. Its graduates gain acceptance to world class universities and it is a leading force in educational and technological innovation. The reputation of the American School comes from its history as an educational facility that takes pride in its academic excellence and encourages its pupils to high achievement. The successful tenure of Janet Heinze’s directorship ended this past June after twelve fruitful years. Now ASFG’s new director, David McGrath, will be challenged to build on her legacy, and expand the American School for a growing population.

Delia Walsh first envisioned the concept of the school in 1908, when the Southern Pacific Railroad brought American workers to the “Pearl of the West,” as Guadalajara was known in those days. As an American school, this institution’s initial goal was to provide the children of consulate and other U.S. officials and local business leaders with education of the highest quality. After World War II, ASFG became part of a network of overseas schools supported by the U.S. Department of State. There are now more than 160 State Department-assisted schools in over 50 countries around the world. However, from the very start, ASFG has been characterized by its multicultural community. The American School consistently delivers the best level of education in a coeducational and bilingual manner to students from Japan, Korea, China, Great Britain, South Africa, Brazil, Canada and the U.S. as well to the best and brightest in Mexico. The ASFG community continues to grow with every coming year, and plans to build a new campus are well underway.

Much of what has been accomplished by ASFG students directly derives from its committed faculty and staff. The courses are taught by educators who have all received an undergraduate degree and more than 60% have earned a Master’s degree as well. In addition, there are six teachers who have their doctorates. These educators come from several different countries to share their knowledge attained through years of research, traveling, and experience. This diverse environment is enriched by parents, students, teachers as well as writers, artists and university partners in the community. This exchange of ideas, opinions, and information make the academic challenges similar to a university setting.

Since its introduction in 1990 by Charles Prince and Michael Hogan, the Advanced Placement (AP) Program has become an opportunity to feed intellectual curiosity and fulfill students’ potential by offering university level courses to high school scholars during their last two years of study. Students who obtain a passing grade in an external exam may earn college credit in over 4000 universities in 60 countries. In addition to increasing the academic rigor of the curriculum, the AP program is a tool for students to challenge themselves and pursue the subjects that may provide orientation in what they later choose as a professional career. Students at ASFG also graduate with a dual diploma. Through an agreement with Autonomous University of Mexico (UNAM) the school also mandates dual course work in Spanish. Students thus obtain both a Mexican Bachillerato and a U.S. high school diploma upon graduation.

While many choose to study at excellent universities in Mexico, more than 40% choose to study abroad at Harvard, Stanford, Columbia, Yale, University of Pennsylvania and Dartmouth to name a few of the colleges into which ASFG students have earned acceptance among dozens of other international institutions. Last year, graduates from The American School were granted over 2.3 million dollars in university scholarships.

The school is also a caring community that supports its members. When families are facing tough times and their children’s education is jeopardized, the Educational Scholarship Foundation comes into play. Providing qualified students with financial assistance since 2004, ESF managed to raise more than $1.5 million pesos within its first four years and continues to fund the academic careers of committed students to this date. Service Learning is a core component of the ASFG identity. Community service opportunities are widely available to all students. Numerous organizations work in conjunction with the school in order to establish volunteer programs that range from offering assistance in the city’s civil hospital to reforestation projects in Bosque de la Primavera. As a graduation requirement, ASFG students must complete a total of 100 service hours, though graduates often exceed the minimum. The 100 hours are equally divided between help within the school community as well as outside of it.

After school clubs and classes respond to students’ demand for activities that matche their ambitions. Between sports, theater, languages, social activism and other alternatives, ASFG students have their hands full when it comes to finding ways of putting their abilities to work. Connexion, The W, and perhaps the widest known and most praised publication of all, Sin Fronteras, offer an opportunity for students and teachers alike to voice their opinions and share their creative work. Sin Fronteras was born in 1991 as a result of Dr. Hogan’s enthusiasm for the arts, and what’s more, his desire for the school community to share its literary talent. What makes this literary magazine timeless and unique is its bilingual nature. It has consistently been awarded recognition by the National Council of Teachers of English (NCTE) and earned the Highest Award among all international schools on three occasions.

The Language Institute, adjacent to the Arts and Technology center on campus, offers individual or group lectures in six different languages: Japanese, Chinese, Italian, German, English and Spanish. The staff firmly believes in the importance of the eloquent, multilingual individual in present day society. Its qualified staff and solid educational strategies set up the basis for the successful development of modern day citizens of the world.

The athletics program trains its participants and represents ASFG in different parts of the country in a vast range of disciplines. Events such as the ASOMEX tournaments bring together American Schools from all of Mexico in order to share their passion for sports. The Warriors are restless soccer, football, swimming, basketball, and volleyball players that bring their A game to every match and repeatedly earn awards for outstanding performances. The Physical Education Department is committed to providing programs that promote a healthy lifestyle.

Fine arts are highly valued and supported at the school. The ArtFest is one of the most anticipated events of the year, where new talents and well-known artists present their work at the ASFG campus. In addition to food booths and workshops, work from students K-12 is displayed alongside the renowned artists in a one-of-a kind opportunity to share their love for art. The auction that takes place prior to the festival draws novice and veteran collectors in search of pieces of the highest quality.

Architectural upgrades and state of the art security measures are two of the most significant contributions to the school from the U.S. Department of State. Measures taken such as campus-wide cameras, ID cards, fingerprint registration, trained security personnel, and biometric entry, allow for a safe and tranquil environment as well.

With all four sections (pre-kinder, elementary, middle school and high school) functioning as one due to Ms. Janet Heinze’s initiatives, the increase in communication and exchange of ideas have come to create a unified campus that implements its philosophy that each student be an effective communicator, critical and creative thinker, community contributor and purposeful learner. The result is a close knit community tied together with strong values. The close interaction between the Board of Directors and the Administration has allowed for a higher level of efficiency in carrying out projects and improving the school on a daily basis.

Yearly, the school campus gains ground and upgrades the technology in its classrooms. The entire high school body is provided with MacBooks that are set up with state of the art programs to allow for students to take advantage of their aptitudes. Whether it is programming, design, movie production, or other media management, the laptop computers guarantee an equal access to the tools that allow them to pursue their interests. Projectors in every classroom, online textbooks, 3D printers and other technologies are available in order to make up a well-rounded learning experience.

Since its foundation over a century ago, The American School remains an unparalleled experience that stays true to its commitment to rigorous education. Its vibrant community, caring teachers and pursuit of excellence make this institution one in which its students take the initiative to fulfill their potential and pursue their dreams.

(Ed. Note: Sofia Benitez is a senior at the American School of Guadalajara. She is the Editor-in-Chief of The W, a student news magazine. In addition, she is a regular contributor to Sin Fronteras, and writes a monthly column for Milenio, Guadalajara’s most popular daily newspaper. She plans to attend a small liberal arts college in New England where she can continue to get the personalized attention she has come to expect. We also wish to thank celebrated author Prof. Michael Hogan, who was responsible for seeing that this feature story was written exclusively for the Ojo.)