NEILL JAMES—Ajijic’s Woman of the Century! 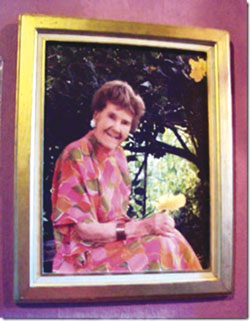 Neill James lived for almost a full century. In late 1994, a century closed on one of the busiest lives most of us have ever heard about. Born on January 6, 1895 in Grenada, Mississippi, she was a nomad at a young age. Travel was in her blood, inherited from a father who was on the road much of the time. He bought one of the first automobiles, and put it into immediate use with daughters Neill and Jane sitting right beside him.

When Neill graduated from college, with a Degree in Journalism, she started to move on. Never shy, she met many celebrities of the day, including Amelia Earhart, from whom she developed a romance with flying. It turned into a habit and she expanded her highway into the sky. Ms. James had never been afraid of anything, so traveling the world was “just another trip.” She had made plans to travel across the entire Orient, but something about Japan stirred a desire to remain longer.

In Japan, she lived with and adored the primitive oriental Ainu people of northern Hokkaido, often dining with the Master Chiefs of the many and different Ainu tribes. She documented with both text and pictures the years of her stay. Her diaries turned into books which delighted the literary world, placing her in the literary Who’s Who as an author of note. She was installed twice in the Hall of Fame in Literature with the American Biographical Society, and Personalities of America. In 1983 she was included in the International Who’s Who of Intellectuals from Cambridge, England. In total she received 43 major citations acknowledging her contributions to the world of fine arts.

Ms. James, upon returning from Japan just before December 7, 1941, decided to travel all “thirty nine corners of Mexico.” It was on the slopes of the volcano Paricutin when it erupted that she met her first disaster. Badly injured, she was taken from the mountain in Michoacan to Ajijic, Jalisco, for a year of bed rest and recuperation. There, she fell in love with Mexico and its people.

With extra time on her hands, she compiled her notes and journals into the popular Petticoat Vagabond series of which Dust on My Heart, Petticoat Vagabond: In Ainu Land, Petticoat Vagabonds: Up and Down The World in Asia and White Reindeer became extremely popular. Her publisher was Scribner’s, who at the time was also publishing Thomas Wolfe, F. Scott Fitzgerald and Ernest Hemingway—three of the most legendary writers of the 20th century.

Neill’s five books introduced and drew flocks of writers to Lakeside to share in her wealth of information. As the desire to travel began to subside and she settled in Ajijic, Ernest Hemingway, D.H. Lawrence, George Bernard Shaw, plus the editor of Life Magazine, came to visit her. In the years that followed, Ms. James became a great benefactress to her beloved Mexican people. She turned the small fishing village of Ajijic on the shores of Lake Chapala into an art center that drew international attention.

This art center was not only for oil paints on canvas, but was also dedicated to cultural growth in many of the arts, which in turn inaugurated the popular Chapala Festivals, the first form of international musical fine arts imported into the area. Living in a poor community which supported mulberry trees, she remembered the silk worms she had seen in Japan, and went back to get them so she could establish the first weaving factory of silken products in Mexico. The mulberry trees were the feeding grounds of the worms, but unfortunately it was the coldest rainy season this area had had in many years, and the worms perished. Immediately she converted the looms to cotton. The weaving looms soon became big business in the village.

Everywhere she traveled she picked up rare plants and brought them “home.” The garden at LCS is still filled with some 200 varieties she personally planted. Neill also founded the first library of Chapala, then Ajijic, and taught cooking to make life easier for the women of the large households at Lakeside. Concerned about sanitation and health, she developed a water purifying system, paid to dig the first deep water wells, helped install both electricity and the telephone, discovered gold in the mountain caves above Ajijic, all while setting up schools for the local children.

Being a woman of means (inherited from her father), she financed many of her most talented children on through the university level. Six of her original students still live and paint at Lakeside today: Antonio Cardenas, Dionicio Morales, Victor Romero, Jesus Lopez Vega and his brother, Antonio Lopez Vega, as well as Javier Zaragoza. Today, each of these men has his own gallery in Ajijic and is actively engaged in using the talents Neill taught them as little children. All six are the best of friends, another trait taught during their instructive years at the knee of their beloved instructor.

After WWII, hundreds of former military men came to Mexico, sponsored by the G. I. Bill. Many of their friends traveled with them, coming from every walk of life. Literary personalities, film and stage personalities, magazine editors and major writers came to enjoy the glorious year-round weather, and decided not to return “home.” This became “home” and it is to this very day to so many of us.

Since the Lakeside area had grown so much since Neill’s arrival in 1942, on January 15, 1955 she was part of the “Thirty-one Foreigners” who decided an expatriate society was needed. Brig. General John Paul Ratay (a highly decorated military officer in WWII), with Dr. Pennock, became the first co-presidents of the new organization, The Lake ChapaIa Society.

Neill James was a philanthropist. One of her most important donations was that of her last home, including contents, as well as the huge grounds on which sits, to the Lake Chapala Society, the largest expatriate community (in any one area) in Mexico. A Neill James Trust was set up to provide care for Neill for the rest of her life. Today the Society is an information center for travelers, residents, and the friendly Mexican people.

She was involved from the first with the annual Canada Day and U.S. Independence Day picnic that takes place the first part of July. True to her southern heritage, she enthusiastically helped start this yearly picnic four years before her death in 1994. The 13th Annual Celebration in 2003 was dedicated to Neill James—an extraordinary, unforgettable lady who once saw the need to help and did so. 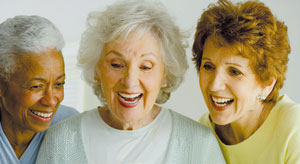 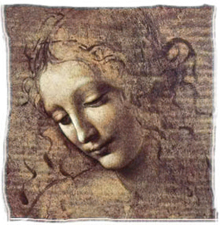 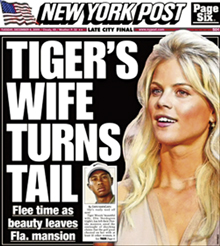 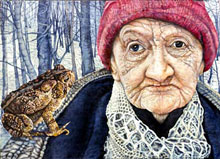