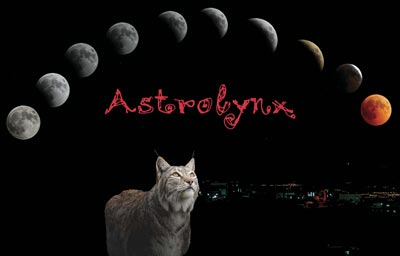 December, which always includes the Winter Solstice, is absolutely supercharged this year. Absent cloudy skies, the penguins in Antarctica will be able to witness a total solar eclipse in Sagittarius on Dec 4 (humans in the far southern hemisphere may watch a partial one).  The penguins may be forgiven for being a little nervous about what’s happening on their home ice, as humans begin to stake claims to Antarctica’s beaches—at the rate we’re going, Earth’s new Riviera. But, as I pointed out last month, eclipses are potential turning points. Especially with a Solar Eclipse, there are opportunities to change the direction we’re headed, both individually and collectively. If Antarctica is being set up for a population boom, won’t the rich want pristine beaches? Won’t they finally decide to spend some of their extra billions on, say, clearing plastic out of the oceans? (Hey, with all these new corporate space fleets, we could just ship the extra plastic to Mars, or some convenient asteroid.) But, with Uranus still retrograde, there are sure to be protests from the religious right about trashing Heaven (or the heavens), while the spiritual left will be telling us that penguins too have souls and deserve their own refrigerated tribal reservations.  Look for a Sagittarian shoot-out, with accusatory arrows flying in all directions. With Venus cuddling up to Pluto in Capricorn, you may find protection with your own soul.  Or your soulmate.  But, whichever way you’re going, what the hell!  Go for it!

The Gemini Full Moon, Dec 18 (Dec 19 Eastern Time) brings its own high drama, as the Sun at 27° Sag points directly at Galactic Center, while the Moon points directly away. “I’m going home, please take me back” versus “show me the far horizon, I’m outta here”. This Full Moon asks if we retain our youthful spontaneity, our willingness to explore, to taste a taco we’ve never tried before, or do we still want the same old tamales mama used to make. In other words, can we honor our ancestors and our traditions while urging our children to go beyond where we have been. As Dante said, the Way In is the Way Out (of our present dilemma). But is the Way Out still the Way In (to our own souls)? With Venus and Pluto continuing to travel together, we are being told the soul who loves is the soul who grows both young and old. Jupiter, the principle of expansion and teaching, occupies a very favorable position on this Full Moon. Dare! Take the risk!

And of course Dec 21, the Solstice.  All solstices and equinoxes presage a new season, but the Winter Solstice casts it’s implications into the new year as a whole. The Saturn-Uranus square—what to hold onto, what to change—is still a dominant story, and the social and political arguments are fierce, but—something has to give soon. Choices have to be made. And will be. Mars is hanging out with the South Node—trust old friends! Both Mercury and Venus range ahead of the Sun—seek new ideas, new friendships as well. But—Venus with Pluto—make sure that those friendships, new or old, are deep and truthful.  Be optimistic. A year is ending. A year is beginning. A world is ending. A world is opening.

And, finally but never truly final, Saturn hits its last square (until 2043) with Uranus on Dec 24. Time to choose the stories of the past which structure the dreams of the future. Be brave!  Bring your best stories with you!  Make a world you want to live in.

Astrolynx - January 2022
Astrolynx By Juan Sacelli     January 1, New Year’s Day, is an approximation of the winter solstice, ten days before. The winter and summer