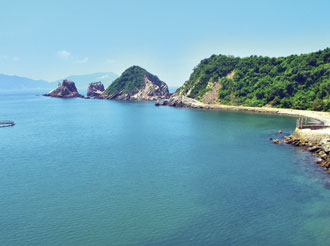 My wife, Jo-Ann, had an experience while living on the coast, in Melaque, for a few months. She had developed some symptoms of bronchitis so went to a clinic near her hotel. There she met a team of young doctors and a dentist who had recently teamed up to open their clinic. She was prescribed some medication and went back to her hotel. However, that weekend while attending church she began coughing seriously enough that someone offered to take her to see the doctor for help. They took her to the same clinic, and the doctor on duty that morning said it was serious and that she needed to go to a hospital in Manzanillo to be cared for.

Jo-Ann resisted, not wanting to go to a strange place where she knew nobody, and she not fluent in Spanish. The doctor was adamant, and said that he would go with her in the ambulance to see that she got checked into the hospital. So she agreed, and an ambulance was ordered.

Not only did the doctor accompany her in the ambulance, but the clinic’s dentist followed the ambulance in his truck. I had learned from a previous time when Jo-Ann was in hospital in Guadalajara that it’s not uncommon for a family member or other supportive person to stay with the patient and a couch or cot is provided for that purpose. Her doctor stayed the night with her, while the dentist slept in his truck. And the next morning the dentist drove the doctor back to Melaque.

That’s Grace, and an example of the kind of treatment our hosts in this country extend toward their guests. We so appreciate the opportunity to live in this beautiful country.