An Invasion of Lakeside 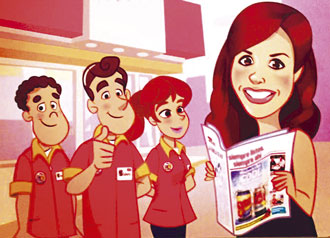 There was one built on the main street in Chapala, just shortly there- after, another one only a block away at the intersection where the “gang that couldn’t shoot straight” blew themselves up with a hand grenade when their truck plowed into the corner building. Another was being built at the west side of Chapala. Another new one on was recently completed. That’s just Chapala.

This invading force? Oxxo. They built another one in Riberas near the new Pemex station. Kiddy corner from the 7-11 another new Oxxo is going up just a few blocks from the age-old Oxxo that was here when we first came to Lakeside. There was an Oxxo put on the Libramiento, they are building one on the highway leading out of Chapala towards Guadalajara.

In Ajijic, leading towards Jocotepec, is another new Oxxo, and a rumor of an Oxxo across the street from Tango Restaurant. It just doesn’t fit the ambiance of that neighborhood.

So what exactly is going on? Well, according to the Mexico Daily News article in 2014, Oxxo is a chain of stores that set a goal to build 1,000 new stores per year. A goal they seem to be achieving. They are the largest retail chain store in Mexico and Columbia. Seven times larger than WalMart in 2ndplace and 7-11 trailing at third. (Although, I could never consider WalMart as a convenience store.)

According to El Financiero, Oxxo is owned by Femsa, proprietor of Coca-Cola Femsa and one of a handful of Mexican companies that have thrived internationally since starting in 1978. It is their unique business model that makes them so competitive. These stores are not franchises. Most of their property is rented, not owned. So they are able to start sales quickly, and have to pay less than competitors.

They also have more freedom regarding the products they carry because of the number of distribution centers. They look at the population density to determine the number of stores. According to the MDN “It currently has a very high density in the northern states with one store per 4,700 people; in the center of the country there is one for 14,000 inhabitants.” They estimate the average store services about 800 people a day. Customers, people paying utility and telephone bills, and similar services. With numbers like that, and it looks like there will be more Oxxo’s in Lakesides in our future, as our population increases. I worry about the effect of all these stores competing for my neighborhood tienda and the families that own them.

Meanwhile, look for your newest Oxxo, it’s just up the block from you….everywhere you go.