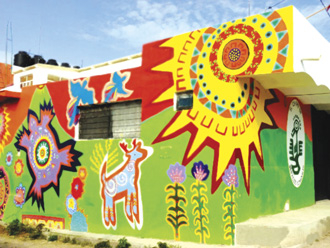 “Am I my Brother´s Keeper?” The infamous question from Cain when questioned by God, after the murder of his brother, Abel. One would think it would be hard to cover up since there were only a handful of people on planet Earth, who could have ‘dun it’? the list of suspects small.

Cain didn’t get away with it, he was punished to a life of regret and shame.   Since then the phrase has been used copiously in movies, songs, poetry, even Past President Obama used it in a political speech. Most recently it was in a gang related mob boss movie - he screamed at his brothers in crime “Are we our brothers´ keepers?” and the response was “Hell!! Yes we are!!!”

All gangs swear an oath to watch their brothers’ backs. Shouldn’t we?

All people are connected to and dependent on others, sooner or later. Everything in everyday life is a shared experience. We are a busy, interacting people, giving birth, experiencing survival and dying.  No matter how much of an isolationist, independent person you are, you will need some-one at sometime.

In Tepehua Community Center one of its creeds is to be our brother’s keeper, kindness doesn’t take much time at all, the act of kindness has a way of returning. Even in our domestic lives, treating your partner with kindness does create a return. Life is all about sharing.

A woman came into the Tepehua Treasures store last year shopping for Christmas. Obviously poor and in need, she counted out the coins she needed and it wasn’t enough...she was given the items and more. A year later her son kept returning with bags of medicine for the Tepehua Clinic.  Where are they from? he was asked. You were kind to my Mum, she wants to repay you. Another example was a man who was treated for a back injury. He was given Laser treatment for the pain and finally he could stand up straight and go back to work. It took a year of free treatment. He now volunteers diligently for the Center’s pharmacy, collecting medicines from other pharmacies to repay.

The Tepehua Community is realizing that part of their strength is the support they are finding within their own ranks. From the house next door and down the street. By sharing their life experience and supporting each other, the isolation poverty brings is broken. The people have taken ownership of their Community Center because of that very creed. The founders are working themselves out of a job...this is the way it should be.

‘Latin America’s Missing Middle’, written by a group studying the economics of Latin America, states that growth has been slow in three countries: Brazil, Columbia and Mexico which rates below the other two. In all three the gains are unequally distributed therefore the domestic economy fails to ignite. The work force is growing in Mexico due to the participation of women, and the falling birthrate due to less control of women’s rights by the Church. This involvement of women in the work force will make a stronger middle class. Less children and they will be less oppressed.

‘WE THE PEOPLE......’, the first three words of the American Constitution, the most powerful words, suggesting the body of the people working together as a whole wherein lies its strength.