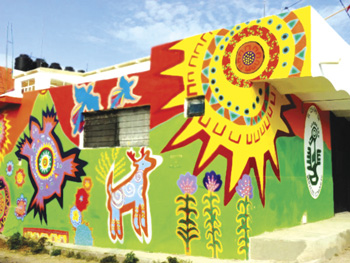 June 4/5th,1989, thirty years ago, is the anniversary of the Massacre of 10,000 young students in Tienanmen Square, Beijing, China. May 1989, Martial law was declared in Beijing to quell the rising pro-democratic movement and the protests against the Government for human rights violations. The students from Beijing University and their supporters as well as the rising democratic party were all marching together to make change. All over China students were rebelling and the legitimacy of the Communist parties Government was in question.

Foreign Journalists were expelled from the country and journalists inside the country were censored and still are to this day.  Troops 300,000 strong with tanks were sent to Tienanmen Square to control the demonstrations, tanks against stone- throwing students, that came from all over China. Between the 4th and the 5th of June 10,000 students and young supporters lay dead in the square.

One photo exposing the atrocity, was smuggled out of China, and caught the imagination of the world, that of a lone man standing in front of a rolling tank and was called the “‘Tank Man.” His fate was never known. Protest leaders and pro-democracy activists that survived arrested and sent to jail, others charged with violent crimes against the State were quickly executed.

The photograph of the “Tank Man” immortalized what the Chinese call to this day “The incident of June 4th” but ask anyone in China about the ‘incident’ and they have never heard of it. Western countries protested by putting sanctions on China; still others like Cuba praised the strength of the ruling government.

This writer had the pleasure prior to the uprising to teach Beijing University Students English-Correspondence, having met the group on the Great Wall of China and spent a wonderful afternoon together on warm beer and soggy sandwiches supplied by the students, and in return it was the English lessons. Once back in Hong Kong the relationship kept going by mail...reading the dreams of young idealists.  Until Tienanmen Square, and they were never heard from again.

Around the world it has been the youth who have tried to change the injustice and lack of equality and they have all paid a price for it, even those who survive do not see the change in their lifetime, but for each generation after them life gets a little  better for their sacrifice.

Recently in Florida there was the ‘March for our Lives’, stemming from the school shooting and students demanding more gun control, those lobbyists at the top were not listening but the rest of the world was. The Civil Rights Movement, one of the greatest in our history...those that died in Selma and those surviving didn’t see the change, but change it did and it still has room for change. Protest over the Vietnam War, where two million young men were drafted and those pacifists behind protested and idealism wasn’t listened to then, either. 282,000 Allies died, and approx. over 200,000 South Vietnamese, plus an untold amount of innocents on both sides of the red line.

The writer looks at the emerging children from Tepehua Education program, eyes full of hope, the smog of illiteracy lifted and the ability to dream, dream big!  Will they rise up to change their world? Knowledge creates courage, but will they just leave the barrio behind or will they go back to it and force change? Will they see the change?  As education takes a hold on the Mexican children, change will surely come. Let us hope they have the courage.