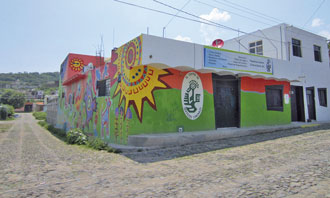 WHO and UNICEF Press stated in 2014 “No single intervention is likely to have a significant impact on global poverty other than the provision of clean water”.

It is essential to life. It is essential to maintain that life through hygiene. At present there are 748 billion people living without access to clean water, exposing them to water-borne diseases such as typhoid, cholera, dysentery, parasites and kidney disease.

Thousands of bottles of water were delivered to Puerto Rico a year  after hurricane Maria hit. They are still on the tarmac unused. Why do we treat this precious commodity so badly? Our rivers and streams, lakes and wells....all suffering from our ignorance. Potable water has a shelf life of six months depending on how it is stored or what climate you live in. For those of you who don’t think purified water can “go off”, look it up.  Water creates life. We ourselves are made up of 65% water. Keep water long enough and you will see those little wiggly things in there, which is probably the way we started out.

Mexico is not a third world country, it is verging on becoming one of the world’s Industrial Giants of the near future. Yet the simple things of life are not available, like turning on a tap and having a glass of water.  For the upper class, clean water is available, for the working class it is impossible to reach and too expensive.

Water can help alleviate poverty. If people had clean water on tap it would create a healthier family, there would be no need to buy sodas and potable water, children would be weaned on water and milk rather than coke. Precious pesos could be used for food and education. It has been suggested corruption is a cultural thing. This, of course, is not true. The disease of corruption is known to man all over the world; it is a matter of greed and lack of social conscience. Organizations can keep putting band aids on the water problems and the sickness it causes. The simple cure is to clean the wells, build wells where there are none, and give people the God Given right of clean water from a tap...free.

The ban on using Chapala Lake water for the small barrios should be lifted, as they did for the village of La Zapotera recently, in Poncitlan. A small village of 1,000 people, this barrio had the highest record of kidney disease at Lakeside. They now have comparatively clean water from the lake, with solids easy to remove with filters. Lake Chapala is as clean as any lake in the north. This author had the opportunity to sample the lake fish at the opening of the La Zapotera Community Center, which is under the umbrella of the Tepehua Community Center.  Tails still flapping, they were cooked in hot oil, and were outstanding in their taste.

“Where a spring rises or a water flows, there aught we to build alters and offer sacrifice” (Lucius Annaeus Seneca 4BC-65BC.) Mythological stories of water deities have been orally passed down through the ages and rituals still exist in one form or another. The water most sacred is that which “springs from the earth seeking its first light”.  Water gives us hydroelectricity, through hydro-power plants. According to Wikipedia, the largest is the Italpu dam, a bi-national undertaking between Brazil and Paraguay, claimed by engineers as one of the seven wonders of the world...and it is impressive. Larger than life!

.”..’til last by Phillips farm I flow

To join the brimming river,

For men may come and men may go,

But I go on forever.”