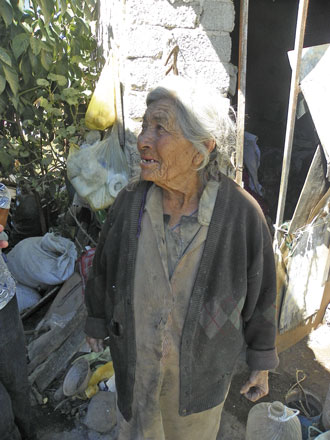 In spite of what we read, or this author has written, poverty has declined globally, according to Dr. Angus Harvey, Max Roser and others who keep track for World Bank reports. One of the most remarkably rapid recoveries being China which had 80% under the poverty line.  Sub-Saharan Africa is the only region in the world for which the number of poor continue to rise rapidly.

Most other countries have gone from ‘extreme’ poverty to ‘marginal’ poverty and now a ‘manageable’ poverty, where most of the time consumption need is met as education and welfare improve.  There are certainly miles to go before, and if, we can ever see a world without poverty.

Marx had the perfect solution, but Marxism turned into Communism through corruption so you have shared poverty instead of shared wealth.

Tahira Abdullah said “Poverty has a woman’s face”. In places like Pakistan and similar cultures where women “are reduced to economic non-entities”, it is still true today.

World Bank Group President Jim Yong Kim, said “We have made remarkable progress in reducing the number of people living under 1.25 dollars a day in the developing world, but the fact that there are still 1.2 billion people in extreme poverty is a stain on our collective conscience. This figure should serve as a rallying cry to the international community to take the fight against poverty to the next level”.

Looking at poverty in the barrios of Lake Side Chapala, for the most part it is ‘manageable’ poverty; people can survive; it is all relative. Poverty in rural areas is different to that in urban sprawls around large cities.  Those in rural areas are cleaner in as much as they live partially outside, which is not possible in urban areas.

Observing the various levels of poverty in barrios, especially close-up in Tepehua Centro Comunitario, it is clear that lack of education plays a great part. A way to keep people down is to starve their intellectual rights, thereby taking away their freedom of choice and voice. There is also a level of the mentally challenged, those not ill enough for incarceration but not sane enough for logical decision making.

The thoughts of the educators have to change too.  Instead of the pressure of getting a higher education, the middle talents should be explored and trade schools encouraged, to help develop a strong middle class. Spread the gap between laborers and lawyers.  Those in the existing small middle class are usually self-taught people or a family talent that has been handed down from Father to son. Women are taking a stronger role than ever before, but their opportunities are still well under the equality line.

North Lakeside has a very unusual mix of retirees with talent, and people anxious to learn.  Because of this, in the last 20 years the change has been rapid and opportunity is everywhere for those willing to give and those willing to learn.

Volunteers and philanthropists are needed all over the world, with this change happens.