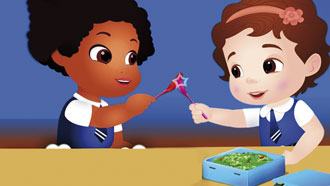 The other day, a food friend and I decided to run some errands and have lunch. Having lunch at Lakeside can sometimes be a challenge especially during “high” season. I always suggest people to have a plan “A”, and a plan “B.”
First of all, when choosing a restaurant, one needs to know their dietary requirements, and that of your dining partners. Vegan? Vegetarian? Gluten Free? Organic? Deli? Salads? A restaurant that can meet all dietary requirements is rare.
Then, one must know which restaurants are open on which days. There are few restaurants that are open 7 days a week. Some are only open for breakfast, while others only open for lunch, while still others are only open for dinner. So you must know their days off and their hours.
So, we head over to our first choice restaurant. Closed on Tuesday. So much for plan A. Next restaurant? Plan B? Not open yet. Well, let’s try that new one… we got there at 11:20, but they didn’t open until 12, but didn’t start serving until 1:00. Too hungry to wait that long, we are still in search of a restaurant. How about that deli place? But it had a line out the door.
OK now what? Let’s try that little place by the mall! Nope, construction surrounded the parking lot. Oh, for goodness sake. Going out to lunch is supposed to be a time to relax, kick back, and enjoy time together. What about that great place upstairs in Chapala? Nope, it’s closed. In Baseball parlance, we were now in our second inning about to strike out for the third time. We decided on one in the difficult to park section of Ajijic.
I started down the road, when we both spotted a sign. It was for an eatery we’ve wanted to try but hadn’t gotten the chance. We turned, drove down two blocks, and there it was! There was even a parking space. But it really wasn’t open for 19 more minutes. So we stayed parked, and wandered the street for 15 minutes, and stood sat outside and waited for the doors to open.
It was a delightful lunch, worth the wait, and the hunt.
Some of the Norte Americanos, those from North of the Border, aren’t interested in trying traditional Mexican restaurants. Such a shame, there are many simple Mexican restaurants on nearly every street. And I don’t mean the Americanized versions they have in the United States. You may have seen them. The one we frequented near our previous home sat about 200 people, at large wooden tables with large chairs. The bright décor was “traditional Mexican” and there were lots of sombreros on both the walls and the waiters-- who were dressed like Mariachi’s, while music that wasn’t Mexican music played softly from the hidden sound system and the food was…well, as it turns out, not really Mexican.
And the offerings were not true Mexican food, more Tex-Mex, which is much more spicy than the food served here in Central Mexico. Yet recently, a new restaurant has opened in Cambridge, Minnesota near the Twin Cities in Minnesota, it is called the Chapala Mexican Restaurant, run by a family from Chapala with authentic Mexican food.
At Lakeside, I’ve seen restaurants offering Thai, Chinese, Arabic, Italian, Greek, Indian, British, French and American cuisine. This brings to mind a question asked by a friend before we moved. He said, “What are you going to eat in Mexico?” Apparently anything I want! As long as I know the restaurants hours, and days they are open!