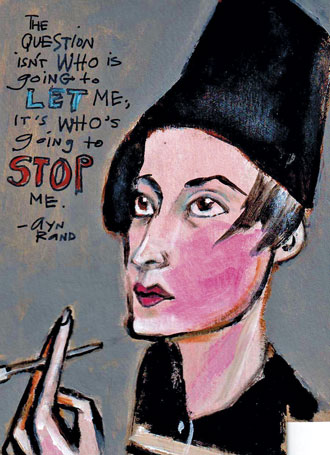 On December 17, 1927, twelve- year-old Marion Parker was abducted from her Los Angeles school by career criminal William Edward Hickman, who had previously committed at least one murder and a string of armed robberies. Because she recognized him as a former employee in her father’s bank, Hickman strangled the pre-teen and proceeded to sever her arms and legs, disembowel her and stuff her with rags.

He later admitted that she might have been alive when the dismemberment took place. Since her father insisted upon seeing his daughter before paying a ransom, Hickam wrapped her corpse in a blanket, wired her eyes open so as to give the impression of life, and placed her in the back seat of his car. Once the ransom was collected, Hickman flung her mangled corpse onto the pavement before her father’s horrified eyes and sped off. Hickman later insisted, “What is good for me is right,” when questioned about the immorality of his deed.

After a lengthy trial during which his insanity plea was rejected, Hickman was found guilty and hanged. Far from the superman he imagined himself to be, it was reported that he went whimpering and trembling to his fate.

The philosopher Ayn Rand—actually more a shrill and angry ideologue than one who seeks truth through reason--praised Hickman’s “unrestrained self-interest”, referring to him as, “A genuinely beautiful soul,” and, “The best and strongest expression of a real man’s psychology I have heard.” Apparently, Rand did not consider Marion Parker or her bereaved father beautiful souls.

Rand proceeded to model her most prominent literary characters on Hickman, including “Howard Roark,” protagonist of her novel The Fountainhead, and both “Hank Rearden” and “John Galt” in Atlas Shrugged. Of Roark she said, “He was born without the ability to consider others,” “He can never realize and feel other people,” and, “Other people do not exist for him.  He does not see why they should.”

An unrepentant sociopath, Rand’s concocted theories, known as objectivism, that manifest nothing more unique or edifying than a crack-brained form of Social Darwinism that would have given Herbert Spencer pause, a concept of the ubermensch that would cause Nietzsche’s Zarathrustra and Jack London’s “Wolf Larsen” to blush.

In Atlas Shrugged, her characters, who appear mired in an imaginary disintegrating social and economic world, repeatedly express their defeatism by asking, “Who is John Galt?” a shadowy inventor who epitomizes Hickman’s—and Rand’s—sociopathology.

It would seem that all ethical considerations begin with a simple question, “How would you like it if the shoe were on the other foot,” a concept that is fairly universal. We rise above the sort of self interest advocated by Rand when we accord to others the same sort of treatment we wish for ourselves. However, any suggestion of generosity or sacrifice drove Rand into paroxysms of rabidity.

Speaker of the House of Representatives Paul Ryan took hypocrisy to stratospheric levels during the 2012 presidential election when, after repeatedly conducting Ayn Rand seminars and stating , “Rand makes the best case for the morality of democratic capitalism,” he discovered to his shock and horror that she was an atheist, a reality that the rest of us were fully aware of as college sophomores over fifty years ago.

Given that Rand openly scoffed and sneered at Christianity throughout her career, even printing anti-Christian greeting cards to be distributed at Christmas, Ryan’s professed innocence regarding her atheism is in itself miraculous.

Ryan now identifies St. Thomas Aquinus as his favorite philosopher, and it is to be hoped that he reads the works of the great saint with better understanding than he would have us believe he ever did Rand’s. Andrew Puzder, who was Mr.Trump’s nominee for Secretary of Labor before removing himself from consideration, has said that he perceives no incompatibility between Ayn Rand’s views and Christianity, an assertion that could only be uttered by The Man with Two Brains, given that Rand condemns all acts of altruism and all charitable and empathic impulses. Mr. Trump himself has called himself an Ayn Rand fan and has said of The Fountainhead, “It relates to business and beauty and life and inner emotions.”

Given Ayn Rand’s stone-cold characters and her habit of creating straw men to serve as targets for her bile, her work would probably have been consigned to the literary scrap heap long ago, appealing only to the philosophically befuddled and to naïve college sophomores, who, one can hope, soon get over it. Her contorted vision has found fertile ground, however, among Libertarian Party purists and Tea Party populists, as well as a few wealthy, frenzied ideologues in possession of unlimited funds with which to contaminate the airwaves with demagogic bloviations aimed at the resentful, the unlettered, the naïve, and the stubbornly ignorant.

It is ironic that those who compose the modern approximation of Karl Marx’s lumpen proletariat are heavily represented among the ranks of the Tea Party, a faction of the body politic that Rand would have despised as worthless untermensch.

The industrial West, including the United States, did pass through a world closely parallel to the abysmal society imagined by Rand and the Objectivists, that period labeled “The Gilded Age” by Mark Twain, a time characterized by sweat shops, insufficient incomes, sixteen hour workdays, child labor, horrific working conditions in factories and mines, killer smog, a devastated landscape, vast poverty and despair, and conspicuous consumption by the managerial class (partiers lighting their cigars with $100 bills, while people across the street lived in squalor). That was 19th century America.

Rand would have it all back, only worse. Many of the robber barons of the Victorian Age did, late in life, experience a change of heart and turn to philanthropy, sometimes competing with one another in their generosity. Rand would be outraged by such acts of kindness. To her, unbridled self-interest is the only virtue, manifested in unrestrained industrialism and, one can only conclude, kidnapping, murder and mutilation. She entitled one of her diatribes  “The Virtue of Selfishness.”

Rand also condemned environmental protection. After reading Atlas Shrugged many years ago, I tossed it aside in disgust when her protagonist swooned at the sight of beautiful, pristine southwestern Colorado turned into a smoke belching industrial hell. I found the entire novel to be cold, lifeless, soul-numbing, with even the sex scenes as alluring as the mechanical coupling of automatons.

In the dystopian society promoted by Rand, there would be no Social Security, no Medicare, no public education, no environmental protection, no municipal services whatsoever except for the few who could afford them, no Food and Drug Administration, and no minimum wage. Rand even condemned the Sherman Anti-Trust Act as penalizing success. Salvation Army buckets would remain empty. Pleas for contributions to worthy causes, from CARE, Doctors without Borders, St. Jude’s Children’s Hospital, the ASPCA, the World Wildlife Fund and all others would go unanswered. Tales of disease and the starvation of infants in faraway lands would occasion no sorrow and inspire no humanitarian impulses. If a corporation like Mylan chose to raise the price of lifesaving EpiPens by 600%, there would be no consequences. A presidential candidate seeking some sort of sexual gratification by groping the genitals of unwary females would not suffer at the polls. Air would become unfit to breath, and water undrinkable. Earth would become a ravaged cinder, incapable of sustaining life. Oliver Twist would be answered with a firm no, when he pleaded, “Please, Sir, may I have some more?”

Does the current crop of so-called conservatives relish the prospect of such a world, or do they simply not give a damn?