“The King of the Courtroom” 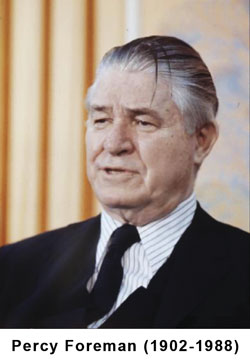 Essie Briggs, my high school government teacher, provided us a field trip to the Harris County District Courts in 1956. I saw Percy Foreman in action. People used to say, “If you’re in trouble, get a lawyer. If you’re guilty, get Percy Foreman.” What I remember from seeing him in a courtroom was his size and his voice. He was 6’5” and somebody described his voice as that of Zeus, coming down from Mt. Olympus. Lawyers are taught to dress in conservative pinstripes. Not Foreman. He often wore a bowtie and flashy sport coat. He made himself the center of the show for strategic reasons, to divert attention from his client.

His client on our school fieldtrip was a pretty blonde barmaid who had shot somebody dead. The case was in the jury selection process, called voir dire. Texas allows both prosecution and defense six peremptory challenges, the rejection of a juror without cause. Any additional challenges must be based on cause, which pretty much can only be bias.

Foreman had an instinct about whether jurors would be favorable to his case, and discharged the ones who might decide against him. The pretty defendant we saw on our field trip sat in a sexy dress with her legs nicely crossed. Foreman was an expert at leading people to say biased things and thereby disqualify themselves. Foreman partly won his cases before they were even tried, by having the best possible jury for his client.

Percy attended court a lot as a kid in East Texas. His father was the sheriff, and Percy always took the front seat. He said, “Big trials of train robbers and murderers were the primary form of drama then. That and revival meetings.” As a boy, Foreman once preached to an old cat and her six kittens, and said he converted them to Christ. He was good at oratory and it was his mother who advised he had an aptitude for law practice.

Foreman’s fees were high, but he would accept anything in payment. He had a huge warehouse of antiques, jewelry, and forty cars. He was the largest private landowner in Harris County.

Foreman briefly represented Jack Ruby in the Lee Harvey Oswald killing. But he dropped the case one week later, claiming Ruby’s family was trying to dictate to him. Foreman represented James Earl Ray in the killing of Dr. Martin Luther King Jr.

He once defended a woman for murdering her husband and made her the abused victim. He littered his table with whips, similar to ones her husband had owned, and Foreman dramatically cracked a whip in court, giving the jury a jolt. The jury acquitted her. Foreman had dramatic talent and used it to make his arguments to juries, bellowing, whispering, sobbing, and whatever it took to win a case. In the 1952 trial of an alleged gangland killer, Foreman argued that the defendant’s confession had been beaten out of him by Harris County Sheriff Buster Kern and Texas Ranger Johnny Klevenhagen, and was witnessed by a deputy named Kain.

In his closing argument, Foreman pointed to Kern and Klevenhagen, who sat in the front row of the courtroom, and shouted, “Kern, Klevenhagen, and Kain! KKK! They Ku-Kluxed this defendant! They tortured him to make him confess! Who among you can say you, too, would not have confessed to this killing—innocent though you be—if these pistol-packing, blackjack-wearing, handcuff-carrying, booted and spurred officers of the so-called law had predetermined you guilty and decided you were going to confess?”

As soon as the jury acquitted the defendant, the sheriff and the ranger vaulted over the railing and assaulted Foreman, who was already using a crutch because of a sprained knee. When released from the hospital, the bruised Foreman grinned and said to the press, “I harbor no malice toward these poor, misguided minions of the law.”

Foreman took three or four bright young lawyers into his firm and became their mentor. Today they are rated as among the top lawyers in the country. And they still always ask themselves, “What would Percy do?”

In 1987, Percy Foreman, at 86, received an award for World’s Best Lawyer. Suddenly, standing onstage with a beautiful plaque in his hands, he seemed not to know where he was. The auditorium was packed with young lawyers and a despairing murmur arose among them. At last, slowly, Percy Foreman said, “You know, I feel like the cowboy on the corner with a saddle in his hands. I can’t remember whether I lost my horse or found a saddle.” Before long, his heart failed. He ended up in intensive care in Methodist Hospital in Houston and died a few days later.

The Harris County Courthouse closed down that morning, an unprecedented tribute to a legend. 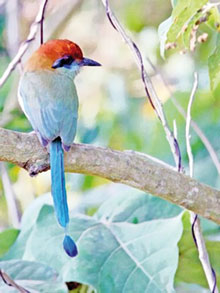