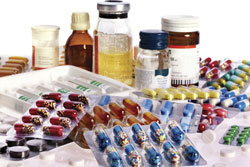 “Is there anything you don’t like about Mexico?” A reader asked. Well, there is so much that I love about Mexico, that it makes this a difficult question to answer. Of course, like many, I don’t enjoy the potholes or the topes or heavy traffic, but that isn’t unique to Mexico!

Thinking about an honest answer to this question, I guess I would have to put shopping for our medications at the top of the list. The lack of instructions on the box in English is my first problem. I don’t want to depend on my poor Spanish to make sure I’m taking the correct dosage.

So many drugs are available over the counter here, that you have to make sure you know your medication, and its generic name. One popular farmacia here taught me a good lesson. I asked for my medication, and they gave me the name brand. The Mexican woman in front of me was getting the same thing, but they gave her the generic. When I discovered that, I thought back and realized that has happened before. So I handed them the name brand box back and asked for the generic. I guess the assumptions are that all gringos are rich?

Between my husband and I, we take a lot of medication, and it eats up a good share of our “disposable” income. Each week my chore is to get the medications from the farmacias. When we lived up north, I called in my refills and picked them up when I was ready. Then I’d just go and pick up the order.

I stalk the famacias for our supplies. I say farmacias in the plural because rarely have I ever found one farmacia that has all the medications I need--usually it takes two or three. Remember, this is Mexico. They don’t believe in heavily stocking their stores. They pick the top one or two items and stock them. Most of the owners can’t afford to keep their money tied up in inventory.

So the farmacia parade begins, and I make several stops until we have all the medication we need. Of course, medication and supplements often require separate stops, as those stores seem to be in competition. Except for Vitamin B. You can get that almost anywhere!

Also, you need to do the math on your prescription. Your doctor may prescribe the medication for three weeks, two times a day. But I’ve bought medication in a box with only one capsule. I can buy one box of one of my medications, but it only has 10 tablets in. So slightly reminiscent of those cursed story problems in math quizzes, I’m standing there trying to figure out how many boxes I need to purchase to get enough pills for the prescription.

Often times, the doctor will prescribe a low dose and tell us to score the pill, splitting a larger dose into a smaller one. But they gave me capsules at the farmacia, which of course, I don’t notice until I got home.  Capsules can’t be cut.

Learning the Spanish name for the American drug is the next hurdle. I end up marking the boxes with the condition the drug treats, because sure enough, by next week, I’ll have forgotten. I bring the empty box to the farmacia to get the correct refills. At least that helps the language barrier at the counter.

Back at the farmacia, I’d like to warn you about a cultural item that can catch you. Mexican culture wants everyone to be happy and pleased. They do not wish to disappoint. So when you ask if the drug is the same as another drug, if you are not careful, you’ll get a “si.”  This was a mistake I survived when I first got here. I couldn’t figure out why my blood sugar was so low. I had a rough week. When I went to set out my medications for the next week, I realized the drug I was given had two medications mixed together, not just the one. The drug was not the same.

I do miss the knowledgeable pharmacists. Here, many of the farmacias have young people who hand out the drugs but cannot catch interaction problems or remind you  to not eat grapefruit while taking this medication. My substitute has been the Internet. When a new drug is prescribed, I look it up and study it to make sure there are no problems with other medications I am currently taking.

We also had a culture shock when almost all our drugs came in blister packs. I hate blister packs! Ah, but those of you returning to northern climbs cannot be smug, because soon they will be the standard there as well. Not unique to Mexico, but has anyone ever wondered why almost all the pills are white?  Pills are round, oval, or long; most of them are white. And I swear, the older I get, the smaller the markings are on the pill. They are too easy to mix up! One night I had one pill on my night stand for my cat’s asthma, and one for me for sleep. I took mine, gave him his. I had a restless night, and woke up to find my cat barely moving! I thought he’d had a stroke. He’d get up take a step and collapse. I ran and picked him up and as his flaccid body lay in my arms, I realized I had mixed up the two small round white pills and given him mine by mistake. I was sure I’d killed my cat, but the medicine wore off, he survived, and I never took two meds out at the same time again!

I do, however, enjoy the lower prices of the drugs here in Mexico. A month worth of my anti-inflammatory drugs is $20 pesos!  That I like!  So, I’m off to run some errands, which I’m sure, will include at least one stop at a farmacia! 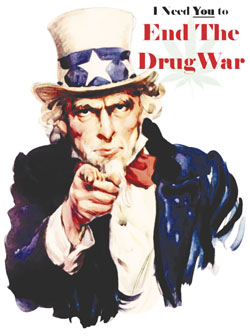