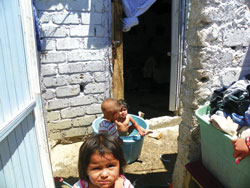 Michael Johnston wrote in Forbes 2009: The links between corruption and poverty affect both individuals and business, they run in both directions, poverty invites corruption while corruption deepens poverty. Corruption causes and thrives upon weaknesses in key economic, political and social institutions.

The corruption we see here in Mexico may appear petty, but it still helps to keep people poor. Lower officials are paid such low wages that it breeds corruption, especially in that position of power where extortion and bribes can go undetected.

Cobus de Swardt, as recently as January 2015, wrote: Research in more than a hundred countries shows that the level of corruption in any given country has a direct correlation with that country’s development.  For example: In countries where more than 60% of the people report paying a bribe, almost five times more people live on a dollar a day, than in countries where less than 39% of the population admit to paying a bribe. Cobus also stated “We cannot win the war against poverty without first winning the battle against corruption.”

Mexico is considered a newly-industrialized country, an upper middle-income country, and an emerging power. Wikipedia explains that from the late 1990’s onwards, the majority has been part of a growing middle class. This author hasn’t seen that. But Wikipedia goes on to report that from 2004 to 2008 the portion of the population that receive less than half of the median income has risen from 17% to 21% and absolute levels of poverty rose from 35 to 46%—that’s 52 million people.

The infant mortality rate in Mexico is still three times higher than average among the OECD nations.   Nevertheless, according to Goldman Sachs, by 2050 Mexico will have the 5th largest economy in the world.

Mexico does not have a healthy middle class. Politicians and pundits talk of the rising middle class, but it’s as little as one fifth of the population, and fifteen people can claim to be billionaires, Carlos Slim being number one.  Even America’s middle class is under threat.

Those are a lot of numbers, Mexico’s middle class is a struggling force, but one to be recognized. As long as there is a wide income gap between Rural and Urban population, with the underprivileged in the rural area, there will never be a healthy middle class, without which there will never be a healthy society. Just as Tepehua and its poverty is a breath away from the thriving town of Chapala.

Forbes states “The Mexican Middle Class cannot do it on its own. It will need help to complete its manifest destiny.” 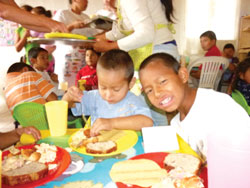