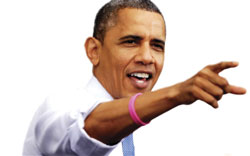 (Note: Given President Obama’s recent historic Executive Order regarding immigration, the following might be of more than passing interest to our readers.)

A BRIEF HISTORY OF MEXICAN MIGRATION

During the early part of the 20th century, Mexico underwent a tumultuous social and economic revolution that was to have a deep and long-lasting effect on the United States. In the wake of that revolution’s shattered dreams, the first of the Mexican migrations began, driven by the mythical promise of EI Norte.

The United States was on the brink of the First World War, and the song its citizens would soon be singing was called “Over There.” Before that war was won, more than four million Americans had indeed been sent “over there,” thus leaving the country with a desperate need for domestic manpower.

Heeding the call, Mexico sent north some half-million workers to help make the world, in President Woodrow Wilson’s unforgettable words, “safe for democracy.” This initial migration was unique in two ways: first, it was greatly welcomed by the American people and their government; further, it gravitated to that section of the United States that had once belonged to the ancestors of those Mexicans now returning to it.

Mexican labor began to help mine the ore, till the soil, maintain the railroads and make the guns, all vital to the war effort. Yet this labor force was consistently mistreated—and almost always by the same type of people who over the course of the next half-century were to most fervently court cheap Mexican labor during times of national crisis.

Unlike other laboring minorities, however, the Mexican, his fighting nature recently forged in the crucible of the Mexican Revolution, now came forward to demand his share of that democracy being won on the blood-soaked fields of France. In New Mexico and Colorado, viciously exploited mine workers went on strike. Within hours, the mine owners brought about what they called a “negotiated settlement,” leaving twenty-two Mexican men, women and children dead.

With the First World War finally won, the United States ushered in the era of “The Golden 20s.” Yet for Mexican-Americans—who had worked, fought and died to make the 20s so golden—it became a period of benign neglect. Prosperity was in. Those of Mexican ancestry were out.

Then came the Wall Street Crash of 1929, and suddenly benign neglect seemed a blessing by comparison—and nowhere were the after-shocks of the Crash more severely felt than in Mexico, with the peso so fatally tied to the dollar. What followed was the most disastrous economic period in Mexican history, thus setting the stage for the next monumental migration.

With nearly a quarter of its population in a state of slow starvation, the eyes of the Mexican people again turned northward. Within one year after the Great Crash, more than a million and a half of them would venture across the border. This time, however, they came not by invitation, or even in search of a better life, but simply in the hope of staying alive. But soon realizing that conditions were little better in the fabled El Norte than in their own country, many returned to Mexico. If they were fated to starve to death, many felt it best to die on their own soil.

Those who left voluntarily returned to Mexico with their dignity intact—for many opportunistic politicians in the U.S. now were blaming this last wave of immigrants for the Depression, conveniently ignoring that the migration had not even begun until after the Wall Street Crash. Xenophobia spread across the United States like a virulent disease.

Massive deportation measures were established, and tens of thousands of Mexicans were rounded up like common criminals to be entrained south in cattle cars. Thousands of American citizens of Mexican ancestry, some with roots in the U. S. that dated back for a full century, were likewise deported. Many of them had fought as “Dough Boys” in France, but they were also shoved into the cattle cars, despite having been promised that naturalization would be their ultimate reward for serving in the U.S. military.

The Depression deepened, and for several years the border was unusually quiet, as Mexico began to pick up the pieces of its own shattered economy. That recovery would gain speed with a federal decree, the full import of which would remain unknown for another forty years.

Nationalizing its oil industry, the Mexican government quickly sent packing the foreign oil cartels as if they were the illegal aliens. Surprisingly, the American response was quite restrained, made so perhaps by alarming events around the world that soon would set the stage for the next great Mexican migration.

The Japanese attack on Pearl Harbor came just as the United States was emerging from the worst economic depression in its history, only to hurl the country into another world war that would eventually cost more, in terms of men, money and materiel, than any other in all of recorded history.

Yet as with every previous war, fighting men would have to be fed and supplied. Hence, the call went out once again to America’s neighbor to the south. But this time, Mexico was not so interested in chancing yet another humiliation, or even worse, a military defeat at the hands of a foreign enemy of the United States’ own choosing.

The U. S., growing desperate for farming and factory labor, soon developed an enlightened and humane program for the importation of Mexican workers. Swayed by the stirring words and progressive programs of President Franklin D. Roosevelt, the Mexican people felt for the first time a common bond with the United States.

Responding to the president’s plea, they returned by the hundreds of thousands to help settle an issue that the U.S. thought had been determined with the winning of the First World War.

The period 1941-1945 is considered as one of the finest in all of U.S. history, and an American president later would give some credit for it to the Mexican immigrants of that famous epoch; and justifiably so, for on the home-front, Mexican labor helped till the soil in a manner which astonished our allies and confounded our enemies, while overseas, men of Mexican blood would become, in ratio to their numbers, one of the ethnic groups most highly decorated for valor under fire.

The United States is, as it is so proud of reminding the world, a country that has been continuously replenished by those who were, in the immortal phrase on the Statue of Liberty, “yearning to breathe free”—and therein lies part of what has helped make it one of the great nations of the world.

Postscript: One thing sure: For some 4 ½ million undocumented Hispanics currently up in the United States, this coming Christmas will be much merrier than it was last year.