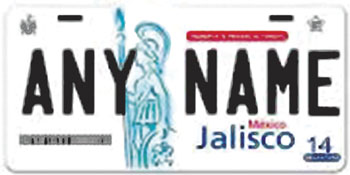 As with many ex-patriots, we recently struggled with the problem of owning a foreign plated car. With the new immigration rules, we would need to have a Mexican plate on our van. As we began to explore our options, our car provided an answer. The car’s computer went haywire, it was like riding in a clown car with the locks locking and unlocking for no reason, the alarms would go off, the horn honked without being activated. Five times in a row one day the alarm went off when it was parked with no one around. The computer could no longer control the car.

A new computer could not be found in Mexico or the USA, the van had been converted to a handicapped van, and a different computer was installed. The company that did the conversion was no longer in business.  The car wasn’t worth very much, and was worth less than the import fee. It couldn’t be driven without the computer. The only choice left for us was to sell the car for parts.  I nearly cried when the mechanic who purchased it showed photos of the car in various stages of what could only be described as decomposition.

Waiting for the computer problem to resolve, we were without a car for five months. We found a great replacement vehicle.  The purchase went smooth as glass.  We finally had a car with Mexican plating.  Like so many ex-patriots, we were relieved to be in compliance with the law, and felt that we were done with car problems.

I had always prided myself in being a good driver. I followed all the rules. I stopped completely at stop signs, I was very careful. It seemed to infuriate the drivers behind me, but I was taught to make complete stops, and signal my turns. I went the correct direction on one-ways and even if I wasn’t the best at parking, I always parked correctly.

But since we bought this car, strange things began to happen to me.  First of all, I noticed I only paused at stop signs.  Then, I noticed that even though I was sixth in line at the stoplight, I started to honk before the light turned green! One day I stopped the car in the middle of the road just to have a conversation with someone on the street!  I held up traffic to talk!

I then noticed that when I got in the car, I suddenly felt the need to make crazy turns, or turn without signaling.  I even did “Y” turns in the middle of the street stopping both lanes of traffic!

But I also wave traffic onto the street when it looked like the other car would never make it onto the carreterra.  I’ve started beeping and waving at people.  I never did these things before I got the Mexican plated car.

Soon I was parking the wrong direction in the street. It was only a quick step from there to driving the wrong way on a one-way. I even drove down one street in reverse.

I just didn’t understand what was happening. I could not imagine what brought on this change in my careful driving habits.  At least I still used my seat belt. Then it dawned on me.  It isn’t me at all.  The car has a Mexican license plate. I think it’s because the car has a Mexican plate that I have been driving like a Mexican. So what was my contribution to this new relationship? This car spends more time in the shop than our old van did!

Hearts at Work - September 2009
Hearts at Work —A Column by Jim Tipton “When the Rapture comes, can I have your car?”   Several decades ago I read a short poem by James