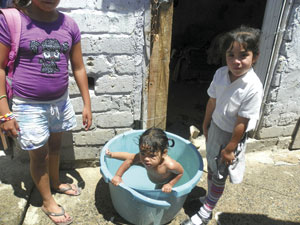 When we think about slavery and bondage, we think African History.

Kidnapping by slave catchers, markets where men women and children were sold down the river. Traders buying and shipping humans to parts unknown, and those humans, tied to oars, rowed to their own destination of horror. To Europe and the America’s, Mid and Far East.

Alastair Boddy Evans stated: ”Whether slavery existed within the sub-Saharan African Societies before the arrival of the Europeans is a hotly contested point between Afrocentric and Eurocentric Academics. What is certain, Africans were in bondage to both Muslims within the trans-Saharan Slave Trade and the Europeans.” Unquote.

Today’s slavery and bondage comes in different forms, and there is not one corner of the world where it is not in existence today--except it is covert as with the trafficking of women and children North and South of the border. Surprising cases of bondage appearing on the International news every week, women kept in captivity for years, in sexual slavery.

Wikipedia states: The vast majority of foreign victims in forced labor and sexual servitude are from Central America, in particular Guatemala, Honduras and El Salvador.  Many travel through Mexico to the United States. In addition to drug cartels, crime networks around the world deal in human trafficking.

NGO and government representatives report that some local officials tolerate and are complicit in trafficking, impeding implementation of anti-trafficking laws. Another form of bondage is that which is created through poverty; it is in the barrio of Tepehua. Nelson Mandela believed that “Poverty can be overcome; it is not a natural state, but that which is created by man.”

Women trapped in violence and terror, and children who have learnt to remain silent and therefore invisible when the violence begins. Why doesn’t she leave? She has nowhere to run. How can she take her children with her? She has no money. She is also scared of the unknown. Family violence is ignored by the local police department, and her man will seldom let her go. Trafficking of young girls in Tepehua and the cities is easy, and the perpetrator is usually a woman; it is easier to get the trust of the girl or boy, and they are lured away with promises of a better life, then passed over to organized crime. This is international, perpetrators are not always men.

The Tepehua Centro Comunitario has counseling for women to teach and discuss self-esteem, but feeling self-worthy usually comes through education and the ability to earn money to support herself and her children. Knowledge gives power.  Apart from counseling, the Center has a small industry class where women are taught marketing, how to save a small percentage of what they earn, protecting money from being used for alcohol by a husband equally as desperate as his wife.  Empowering the women allows them to stand up to aggression.  Education is the key to turn dysfunctional families around.

The readers’ next question is: Why does she have all those children? The one thing poverty cannot take away from people is the need to love and be loved. The unconditional love of children makes them rich indeed. But that is not the only reason.

Over crowding in the home, where sex is almost a shared family affair, there is no privacy. Interference from the Church for so many years, the lack of available birth control, men’s machismo approach to sex, is part of the problem. There is family planning for the urban area women, but not for the rural women who cannot afford Maternal Health Care.

The personal stories of the women of Tepehua, will be discussed in later columns.