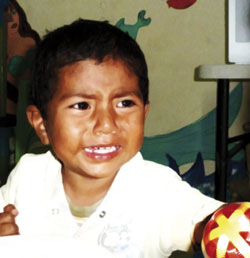 Despite a concentrated effort to crack down on pedophiles in both Mexico and the US, child prostitution continues unabated, especially in Mexican tourist towns like Acapulco, Cancun, Puerto Villarta, and most major cities. Most of the tourists who pay for sex with children in Mexico are, Americans, Canadians and European, at a price of 10 to 50 dollars a hit. India, China, Indonesia and Thailand are also notorious for supplying tourists with the same service.

Let us keep in mind that it is poverty that puts and keeps our children on the streets in most cases...some of their pimps are their parents or family members. Another twist: in 2009, a Saudi, living in Saudi Arabia, kidnapped and raped 5 children between the ages of 7 and 3 years. The youngest was left to die in the desert. The perpetrators punishment was to be beheaded by sword, his body tied to a cross and his head on a pole as a deterrent to other sex offenders...but, in 2013, a Muslim cleric in Saudi Arabia, raped his 5-year-old daughter with a cane to inflict sexual injuries on her, which killed her. His punishment was a short prison sentence and a fine. Why? Under Islamic Law a man cannot be executed for the murder of his own girl, child or wife.

Her book was selling badly and it wasn’t until they arrested her in 2005 for speaking out against government corruption that her book and she, skyrocketed to fame. She was released on bail.

The word pedophilia originated from the Greek word ‘paidos,’ meaning child, and ‘philia’ meaning love. Sources indicate that sexual relations with children have always existed.  In Classical Greece, sex with a child was to further the child’s education, until the rise of Christianity prohibited incest and homosexuality.

In the course of history these attitudes have changed also.

Many people assume pedophiles have to be gay. This was never the case. A pedophile is any man/woman who preys on children. Although most pedophiles are heterosexual men, women are becoming more exposed as capable of the same evil.

The growing disclosures of pedophilia is characteristic of the cultural changes of the 20th century, as we become aware of the darker side of societies through advanced communications. We are accepting change in many things, especially the right to love whom we want, that same sex love is also a natural thing and has been since the beginning of time as we know it, the right to dignity, the right to justice. But why are the rights of children ignored—the silent majority in our midst, the most vulnerable? Our children are our greatest asset and our future. Why have we forsaken them?

Poverty in barrios such as Tepehua, the barrio just outside of the bustling tourist town of Chapala, encourages intimacy within the family group. Families of seven to twelve, men, women and children live and sleep in one room. There is no privacy in sexuality, no shame in sex and no way to be discreet about our most primal of instincts...to love.  The counseling in the Community Center of Tepehua, deals with the tip of an iceberg. Educating the next generation, and educating women on Maternal Health and the wisdom of family planning is just a start. The Center is also helping the men to build homes that include hygiene, and a more dignified way of living. Dignity is the right of everyone, and safety and education is the right of every child. The aim of the Tepehua Community Center is to help people help themselves.