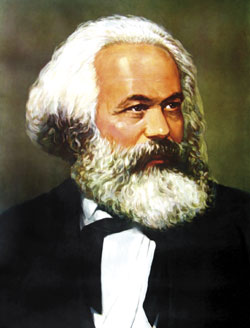 Karl Marx rates as the most influential scholar in all history. But Americans have so demonized him that his name is mostly used as an insult. At least academic economists can appreciate him. I had an economics professor who talked about one of Marx’s many books, Das Kapital, and half-jokingly said it would take about 12 years for anybody to understand it. It’s complex material.

America has irrationally suffered two major Red Scares from a fear of Marx. The first began in 1919. U.S. Attorney General Alexander Palmer ordered the “Palmer Raids,” to arrest and deport radical leftists. More than 550 were deported. Of the 10,000 arrested, 3,500 were held in detention.

The second Red Scare was under U.S. Senator Joseph “Joe” McCarthy (R-Wisconsin). He created a scare of subversion in the State Department, the military, and all the way down to the Boy Scouts. Parents were warned that some Scout leaders were Communists who would brainwash their sons.

Senator McCarthy was responsible for the smearing of countless innocent people, from the State Department to Hollywood. People had their passports taken away; they were put on “blacklists” so they couldn’t work, and some were arrested. Edward R. Murrow played a major part in stopping McCarthy.

Marx left Germany in 1849 for London. This was the perfect laboratory for Marx and his colleague Friedrich Engels to study, because the Industrial Revolution, with all its pain, was transforming England. In our own economic situation today, his analyses are gaining more and more respect, as corporations become more powerful and wealthy, while workers fall behind.Marx pioneered the study of the relationship of labor to capitalism.

He was able to integrate philosophy, history, and economics to an extraordinary level. He developed the theory called “economic determinism,” meaning that economics and class struggle determine history. Marx explained this through a process he called “dialectic materialism.” It means aristocracy (thesis) was challenged by an emerging merchant and peasant class (antithesis) in a clash that produced the bourgeoisie (synthesis). The bourgeoisie in turn became the investors and capitalists who will then be challenged by the workers (proletariat). The proletariat, in the last phase of dialectic materialism, will take over the means of production.

Marx saw the horrible conditions in the evolving English factories, with children chained to their machines, so they could not run away, and he saw the great wealth the capitalists were extracting from the economy. Conservative ideologues are blithely unaware of the misery Marx saw in his day – nor do they care.

Marx was interested in what the utilitarian value of a commodity is, and why it is unrelated to market price. He postulated what he called “surplus value.” He believed the true value of a commodity was the labor that went into it. Any price above that was the profit that the capitalists extracted from the workers. If workers could exchange the products of their labor without the extraction of profit by the capitalists, then supply and prices would be better for everybody. That’s why Marxism predicts the elimination of the capitalists through class warfare.

Marx’s ideas have had application in many ways, including the evolution of co-ops in the United States. I belong to a co-op for educators, a credit union. It eliminates bank profits so that banking services are cheaper. Marx inspired the communal farms in Israel called Kibbutzim. Most advanced nations of the world have eliminated insurance company profits that make health care more expensive – or even deny it – and instead, provide a socialized system. Love or hate him, Karl Marx remains one of the most important thinkers of all time.