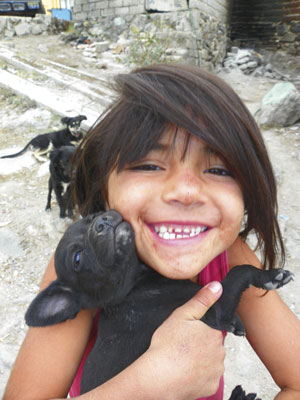 Peter Landesman wrote a documentry, The Girls Next Door. “Because of the porousness of the U.S/Mexican border and the criminal networks that traverse it, the Towns and Cities along that border have become the main staging area in an illicit industry, whose products are women and girls, rented or sold.”

Under the Trafficking Victims Protection act of 2000, the first U.S law to recognize that people trafficked against their will are victims of a crime and not illegal aliens. Once Mexican traffickers abduct or seduce the women and girls, it is not the men that indoctrinate them into sexual slavery, women are the principals, a crucial fact to the trafficking ring’s success. They understand women can easily gain the trust of young girls and children.

In the June 22nd Guadalajara Reporter this year, four U.S Citizens were deported from Puerto Vallarta for sexual exploitation and pornography of minors. Puerto Vallarto is well known as a port of call for pedophile tourists who come to Mexico looking for children in the sex industry. These bus trips from the north are arranged privately and hard for law enforcement to keep track of them.

Poverty has spawned widespread prostitution of children. Laws are lax and police corrupt. When authorities crack down in one country, they move to the next one that has a majority trapped in poverty, like Thailand or India.

Teresa Ulloa, director of the Mexico City Coalition against Trafficking of Women and Children, said. “This is just the tip of the iceberg.” The network has smuggled many young Mexican girls to Florida. Despite arrests of key players by the U.S, the Cadena Hydro remains at large. Thousands of children work as prostitutes, boys and girls, in all the major cities of Mexico.”

A recent study by the Mexico City Government Youth Commission, headed by Angelas Correa, found that Mexico City had 50,000 prostitutes, 2,500 of whom were children. Elena Azaola of the Center of Higher Research found there were 5,000 children prostitutes, 90 per cent female. But Cortina de Brown of the Female Association of Tourists Enterprise, estimates that 250,000 children between 10 and 16 years of age, have been victims of “sexual Tourism” in Guadalajara, Cancun, Acapulco, Puerto Vallarta and Tijuana.