My Most Unusual Experience 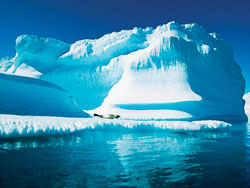 (Several months ago, we asked our readers to send us an account of their most embarrassing moment. The response was brisk and we published some of them on a one-a-month basis. Now we’ll try a different topic, and as before, so as to encourage our readers to dip their toes in the water, I will jump fully-clothed into the pool myself.)

It happened in one of my more dismal periods—during which I had more ups and downs than a busy elevator—while toiling away in the American movie industry. I was living inside a friend’s wooden garage out in the San Fernando Valley during the summer, which made these quarters (which I shared with two little dogs I had snatched away from a drunk who was trying to drown them) feel much like a steam bath.

I had barely commenced my sales spiel when the man answering the phone said, in a middle-age, salt-of-the-earth voice, “Sorry, bub, need somebody steady. You’re leaving the country in the next few weeks. Besides, I know you’re broke, but your money troubles will soon be over.”

Thinking that either we had a terrible phone connection or one of us was crazy (even money, I thought, both ways), I pressed on until the voice interrupted to say, “Wanna grab a cup of coffee?” I figured this was a come-on, (the film biz had made me a rock-ribbed cynic), but figured that if I played my cards right, I might get a free coffee, maybe even a piece of apple pie.

The guy was nothing like I imagined. Tall, rugged, and looking something like the Marlboro Man, he kept saying that my troubles would soon be over. But I hardly listened to what he said because I was too busy eating the chicken-fried steak he had bought me, some of which I brought home to my equally hungry newly-adopted family.

As luck would have it, his prognostications came true sooner than he had thought. The very next day, my agent called to say that a script she had offered some six months earlier to ABC as a Movie of the Week had been bought! Then, one day later, I learned that a telegram had arrived for me at the house I had formerly lived in. It was from a brother I had not seen in almost a decade, but with whom I had sporadically stayed in touch over the years. The cable read: Come immediately to Copenhagen, Denmark. Have wired money for round-trip air ticket in your name, American Express, Beverly Hills, California. Wire date/time of flight. Your brother, Tom

Excited, I called my clairvoyant friend to tell him the news—which seemed not to surprise him. He even offered to drive me to the airport since he had also rightly divined that I had no car. Two weeks later, after I had bought the airline ticket, renewed my passport and taken the necessary shots, he drove me to LAX, where I was to take an SAS flight direct to Copenhagen (and over the North Pole, the most incredible sight I have ever seen), but just as I entered the tunnel to board the plane, my friend (I’ll call him “Cliff”) shocked me again.

Seems I was going to get married in Denmark. A beautiful blonde, and there was a child involved. Preposterous! I was only on a 21-day excursion flight, still basically broke and . . . well, you get the idea.

Over the ten years I had not seen my brother, he had become a rather wealthy man. Picking me up at the airport in a vintage Rolls Royce, we made away to Hornbeck, an exclusive area outside Copenhagen, where a dinner party at my brother’s place awaited us. All the way to the party, Tom spoke of many things but carefully avoided why he had summoned me from half a world away.

It was only as we walked into a gorgeous lake-front house that Tom grinned and said, “Okay, I guess it’s about time you met the girl you’re gonna marry.” And there she was, standing beside a roaring fireplace, blonde, blue-eyed and a dead ringer for the international film star, France’s Catherine Deneuve. The lady also looked to be nine months pregnant.

They had recently come from Afghanistan, and as usual my brother’s legal paperwork was, to put it politely, in a state of flux. He had summoned me to marry his gorgeous consort so as to legally give the child our last name. Two days later, Barbara (as the delightful lady was called) and I married before a rather-intoxicated but lovely lady judge (if Ireland is the drinking capitol of the world, Denmark surely can claim second place) and the boy (whom I named “Juan” after Tom’s and my mother, Juanita) was born less than a week afterward.

Some three weeks later, my friend Cliff was waiting at the Los Angeles airport. I was bursting with news, but before I had a chance to tell him all about my wonderful trip, he quietly asked, “So how do you like her.”

I liked Barbara just fine, (sadly, she passed away many years ago) but to this day, I have no idea how Cliff could have foreseen any of what had transpired those surprising and wonderful three weeks I spent in Denmark.