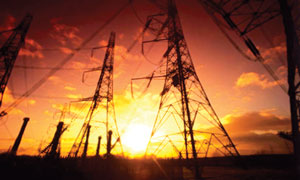 Every now and then, living in Mexico leaves me with interesting logistical problems. One of the things that we sacrifice when we move to Mexico is the infrastructure of our more developed country of origin.

We’ve all experienced problems here when our utilities stop functioning. Yet we’ve learned to adapt to it. When the water in the house stops running for some unknown reason, we’ve learned to find a city faucet somewhere close and keep pails of water handy for flushing the toilet. This is a problem I never experienced in the Twin Cities, but as a younger girl in rural Minnesota, we had our own sewer system, and I learned two things: When to flush, and that grass really does grow greener over the septic tank.

Our electricity has quirks of its own. About every-other week, especially in the rainy season, we experience brown outs. Half our house works, the other half has no electricity. We compensate by using lanterns and candles. And usually, after a brief wait, electricity returns a few hours later. An inconvenience, yes, but again, we’ve adapted.

Last year we moved and for some strange reason, our telephone went out and it took three weeks to get it to function again. That was extremely frustrating. After investigation, the telephone company told us that it was because someone had been taking the copper out of the telephone lines. And they had to replace entire sections up and down our street.

Last Wednesday, it happened again. Our Mexican landline went out—which meant that our Internet also went out. Which means our Vonage isn’t functional. OK, this is where I start to get a little wigged out. With all the volunteer work I do, I average 65 legitimate emails a day. I cannot afford to lose my Internet even for a few minutes, let alone for days. The next day, my husband went to Telemex and reported the problem and we were told it would be repaired in 24-72 hours. We’re well past that. Thank goodness that my neighbor has wireless Internet, and allows me access.

But that doesn’t help my communication problem with the USA. I’ve missed calls on births, deaths, and legal situations. I know because the friend dealing with her legal problems sent an email to a friend, who forwarded it to another friend, who forwarded it me, demanding to know why she cannot reach me as promised. I responded… “I’m sorry, I live in Mexico. The lines are down.”

So I try to make my calls while I’m at my volunteer job, but that isn’t always easy, because the phone lines are very bad there, and even worse after a rain. Sometimes we wait for hours to be able to use the phone until the lines dry. Of course, we’ve reported it… but, well, by the time the technicians come, they say. “No problema.” Because it’s always dry by then. It’s like taking your car to the mechanic because it is making a funny noise, only when the mechanic gets in and revs up the engine…no noise.

This whole telephone outage has given my husband all the ammunition he needs for my least favorite “discussion.” Should we get a cell phone? He’s got a point, it would be handy now.

But today was just too much. Someone had to deliver a message to the house from the United States about a death. We’re dealing with that, and we turn to the television for some mindless diversion….and Telecable was out.

Somehow, we must have offended the utility gods!