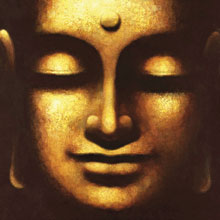 I have always loved the old Buddhist tale, “The Ah So Story.” Charming and instructive, it begins like this.

Many years ago, in a little village in northern Japan, there lived a beautiful young woman named Kichi, daughter of the wealthiest and therefore—at least in the eyes of the other merchants—the most important man in town. Also in that village lived a handsome young man, Yukio, ambitious but poor, son of the least important man in town. Kichi and Yukio both liked to take long walks in the surrounding mountains, and naturally there they met and fell in love. Although for many months they kept their love a secret because of the social chasm between their families, eventually one thing could not be kept secret: Kichi was with child.

Knowing that her father would kill the young man if he discovered the truth but also knowing her father’s deep regard for all things Buddhist, Kichi blurted out through her tears that the man responsible for her pregnancy was the young Buddhist monk who lived as a hermit high in the mountains and who spent his days in meditation in mountain meadows filled with flowers.

The father with several of his men stormed up the mountainside and confronted the monk: “You have committed the greatest of sins against me and against my daughter. You, with your wild lust, have destroyed her, because now she is carrying your child! When the child is born we will bring it to you!”

The gentle monk studied the eyes of the irate father. Then he pressed together the palms of his hands and nodded slightly as he said, softly, “Ah so, ah so.” The frustrated father turned his back to the monk, stood for a moment, and then with his men strode back down the mountain.

A few months later, now with a new baby in his arms, the father and his men stormed back up the mountain and held out the bundle.

“Here is your new daughter,” the father shouted.

The monk reached out and tenderly took the baby into his arms.

“Ah so,” he said smiling at the father and then at the infant, “ah so.”

Yukio, the young man, shortly before his daughter was to be born, had left the village and not returned. Well, the years passed quickly and the little baby grew into a beautiful young woman, filled with a sweet nature. In fact, fifteen years had passed when one day a wealthy merchant, in his thirties and quite handsome, arrived to the village. A week or two later he bought a large farm and immediately established himself as one of the most important men in the community. He then sought out his old love, who because of her shame was still single. Together they went to her father and told him the truth. Shocked and embarrassed at the news, the father embraced his daughter Kichi  and her love Yukio, and then all three journeyed up the mountain.

“Forgive me,” the repentant father said to the monk, “I have sinned against you most grievously. To protect Yukio’s life and to protect her own life and the life of the child she carried, Kichi  was not able to tell me who the true father was, and so she told me you were the man who had made her pregnant.

The monk, his arm around the beautiful girl he had raised, looked at the father, smiled, and said, “Ah so.” With the monk’s blessing, the girl he had raised, after pledging to visit him regularly, walked down the mountain with her newly discovered mother and father and her now much humbled grandfather.

Lots of us have had trying, even devastating, circumstances this year. Buddhism places a high premium on personal peace, on not becoming too tangled up emotionally in the complications that come toward us, and in accepting ‘what is.’ When life is particularly difficult for you, accept to whatever degree you can ‘what is.” And after a slow and gentle breath say… “Ah so…ah so….” 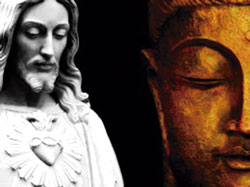