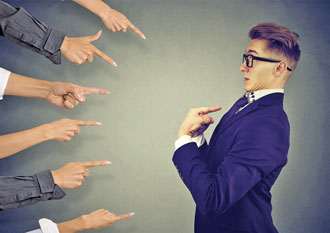 The blame starts, of course, with Obama. And Mitch McConnell, too. There’s CNN and Fox News. Hollywood was involved. And, of course, the protesters in the US. Let’s not forget them. They all are responsible for the crap I had to go through to get a damn Mexican driver’s license.

Like I said, none of it was my fault.

Because I recently bought my first car in Mexico and I have permanente status, I was required to have a Mexican driver’s license. This meant taking the driver’s test. Language problems and an unfamiliarity with the system would have made acquiring one challenging enough. But I had to do it just after COVID-19 swept over the world, like a coughing, wheezing tsunami.

Since I had an active US license, I was only required to take the written test, which could be in English and would consist of ten multiple-choice questions identifying traffic signs. This, I thought, would be easy. It, however, became problematic.

That is why I blame Obama and Mitch McConnell. They could have passed a law allowing decrepit expats living in Mexico, like me, to circumnavigate that law. But they didn’t. Because of their negligence, I had to take the test. During a pandemic.

So, the process began.

First, I acquired crib sheets, pictures of common Mexican traffic signs. What each meant, however, was written in Spanish. Common sense, of course, bridged the language barrier. But there were several that required translating and often netted questionable results. For example, the sign that, to me, resembled Burt Reynolds’s ‘70s mustache apparently means “Spaceship Ahead.”

I then learned the location of the nearest testing site. It was on the outskirts of Guadalajara, about a forty-minute drive from home. I wouldn’t have to enter Guadalajara proper, which is a current phobia of mine. That metropolis has more cases of and deaths from COVID-19 than it has traffic signs. Therefore, I have avoided Guadalajara like the plague.

That site, however, was closed. Googling other offices, I found one twenty minutes away, but frighteningly closer to town. Desperate, off I went. That office, too, was closed. That is when I learned most offices had been closed due to COVID-19. And this is why I blame CNN and Fox News for my difficulties. Why the hell didn’t they tell me this?

I returned home frustrated. But that is when I got wise.

I contacted a law office and arranged to have an employee well-versed in driver’s test details take me to Guadalajara to take the exam at one of the few testing sites open during the pandemic. As we pulled up to the building, I was startled to see hundreds and hundreds of people in a tangle of lines. Granted, they were wearing masks, but social distancing was not observed. How could it be? And I thought, What the hell have I gotten myself into?

The guide led me past the crowd, to a checkpoint, and I was allowed in. The building was crowded and chaotic. The process was complicated, involving numerous stops and I believe I was served by seven different people. All were Mexican. All were busy and overworked. All wore masks. But, because I was preoccupied navigating the process and trying to remember all those traffic signs, I’m not certain I saw them sanitizing their sites between clients. That is why I blame them for my having to inject disinfectant, which I bought at the Dollar Store, to fight off COVID-19.

I’m pissed off at Hollywood, too, because, if they had made a movie about acquiring Mexican driver’s licenses, and included one scene with frontal nudity, I would have watched it and been better prepared for my ordeal. But no. They prefer producing movies that make money to ones that could help addled, aging gringos get their Mexican driver’s license.

The test was much harder than I expected because the samples of traffic signs I had studied did not match those on the test. In fact, I had to rely on the cheat notes I had written on the small of my back. One of the signs on the test featured walking human forms, but they did not resemble the pedestrians in my study notes. Perhaps they were students, indicating a school zone. I wasn’t sure. So, I opted for the third choice, “Prostitutes Ahead.”

In the end, I got my license. It only took an hour. It would have taken less, but I got a late start because I had become obsessed watching the protesters on CNN. That’s why they’re responsible for what I had to go through.

If any of those thugs, especially those who speak Spanish—and you know as well as I do that all the Spanish-speaking ones, even those who learned the language in high school Spanish classes, came to the US illegally—if any of them had stopped holding a mirror up to America’s disfigured face and flown to Guadalajara to help me get my damn license, they would have helped “Make Driving Great Again.” 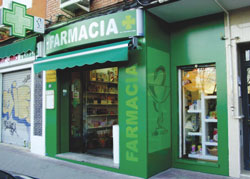