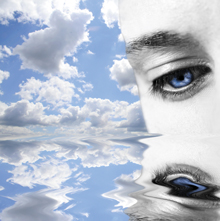 The heart has its reasons, which reason cannot know.

Have you ever seen or heard the following phrase? ‘You know more than you know you know.’  If true, it might easily be used as a proposition in a rhetorical debate or logic or a semantics argument. I just have a “gut feeling” that tells me so. My intuition “just may be” sufficient.

Let us distinguish between “instinct” and “intuition.” The current essay is about intuition, not instinct. Briefly, instinct is a genetically programmed behavior that the human species share with animals. Instinctual behavior is not the result of learning, and it can be seen across all members of a species. “Intuition,” as defined by the Oxford English Dictionary, “is the ability to acquire knowledge without inference or the use of reason.” Undoubtedly, there are many definitions of intuition, but most are problematic. The conscious act of reflecting on intuition is precisely what intuition is not. Intuition is your brain on autopilot processing information out of the conscious awareness that it is operating. In other words, intuition is non-conscious (or subconscious) thinking.

Cognitive science is uncovering a fascinating and complex subconscious mind, a mind that even the Grand Master, Sigmund Freud, never told us about. In this mind, thinking does not take place consciously, rather subconsciously. Thinking literally occurs “out of sight” and “out of mind,” out of conscious mind, that is.

And what about “women’s intuition”? Women tend to excel in nonverbal sensitivity. For example, research suggests they surpass men in discerning whether a male-female couple is genuinely romantic or a posed pair of phonies. Some men are more empathetic than the average woman, but the intuition-gender gap appears real. More than men, women base knowledge on intuitive and personal grounds, and they tend to be more subjective in their preferences and decision making. There is strong evidence that women are better at encoding and decoding nonverbal information than are men.

This evidence has frequently been cited as a possible evidence of a woman’s intuition. In addition, the hormone estrogen, present in greater quantities in women than in men, directly effects the amount of DA (dopamine) released into the striatum, a part of the basal ganglia of the brain.

And greater DA release into the striatum in conjunction with reward should lead to the development of stronger representations of P (Predictor) R (Response) relationships that form quickly, this resulting in [apparently superior] women’s intuition. The mysterious and much-stereotyped concept of “female intuition” appears to be more than just a cultural myth.

Although intuition is a big part of decision making, the negative side of this consciously-thoughtless and sometimes oxymoronic ability of ours may unleash itself with blind fury and lead us astray, and when we least expect it. People sometimes fool themselves, and even the most intelligent people make predictable and costly errors. People from all walks of life and all social strata can be victims of illusory intuitions. Studies suggest, for instance, that people mistake the durability and intensity of their emotions after a romantic breakup, losing an election, winning a game and being insulted.

Again, as we have seen, intuition can err. Irrespective of previous bittersweet experiences using our intuition, we must listen to our unseen mind as it whispers creatively, searching for the right phrase, the right metaphor, the right story, the right formula and the right hypothesis. Let us emulate poet Stephen Spender and others who attempt to understand their visual, auditory and sensory inner sanctums and express their sometimes Nobel or Pulitzer Prize level ideas. And remember, contrary to Pascal’s heart, intuition just may have its reasons which reason can recognize and respect. 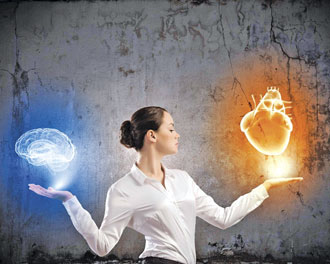