Domain Of The Scorpion 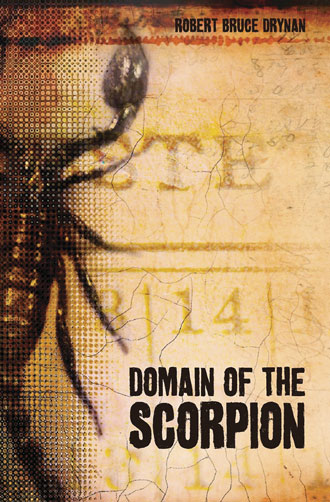 Bob Drynan’s pulse-pounding thriller is set against the backdrop of the Vietnam War at its peak, in the midst of narcotics trafficking and Marxist guerrilla activities in Columbia and Venezuela.

Ex-marine Ryan Haggarty, working in Venezuela as a petroleum geologist, meets Anne Ferguson, a school teacher at the International School in Caracas. Assaulted in a dark corner of the marketplace, she fights her opponents and he jumps in to rescue her, but once the crisis has been dealt with, she shows signs of shock and he takes her to his place to keep an eye on her while she rests.

They begin the slow dance of courtship and on a tour of the cathedral, Ann bumps into two men, one of whom she recognizes, at a Marine function. Later, on a trip to Angel Falls, Ryan and Anne are propelled into a deadly fight for their lives. They are unaware that they possess knowledge that could expose a corrupt U.S. Army officer involved in a merger between a Columbian drug cartel and Marxist insurgents.

The Scorpion, a shadowy figure who runs the cartel, wants Ryan and Anne eliminated. Thus, a deadly cat and mouse game ensues with police, military, guerrillas, the Scorpion and the CIA hot on their trail. The Scorpion takes Anne hostage, forcing Ryan to focus his efforts on finding her and getting her out safely while the Scorpion’s men continue to pursue him. The chase leads to a showdown in a crumbling old Spanish fortress within the torrid coastal rainforest of Panama.

Domain of the Scorpion is both a moving love story and a thinking person’s psychological thriller. For a first novel, it does a lot of things right. The story moves along from one exciting challenge to another, broken occasionally with gentle, human scenarios.

For instance, during the pursuit Ryan and Anne have to rely on each other. Raised in Montana, she is good with guns. He, a war hero, can affect strategies to keep them alive and to strike back. Then, while hiking out of Venezuela and into Columbia in an attempt to outrun the killers, Ryan and Anne stop at a pool at the base of a waterfall. There they bathe and speak of their hopes for a future together. Such touching scenes are few amidst all the action but heartfelt, and they make the characters come to life.

The only drawback might be the rapidly changing scenes from Ryan and Anne to “the bad guys.” We learn about meetings between the drug king and rebel insurgents in their hopes that, working together, each can aid the other, a frightening aspect that actually began happening twenty-five years later. We learn that the CIA agenda includes saving Ryan and Anne only as a side issue and that they might become expendable.

And the US embassy has a man working for someone on “the other side.” Scenes flashing between all these characters can become confusing unless you “keep your eye on the ball,” as the expression goes.

Despite the high-speed pace, I found the storyline exhilarating, at times thought-provoking or tender. And the tour of Venezula, Columbia and Panama added to my understanding of Central America and the Latino history in the Americas.

Robert Bruce Drynan writes from first-hand knowledge, having lived in Venezuela and Colombia between 1966 and 1982. Today he resides in Mexico. He may be reached at This email address is being protected from spambots. You need JavaScript enabled to view it..

(Ed. Note: Domain of the Scorpion may be ordered from your local bookstore or purchased from: www.amazon.com or www.booksurge.com.) 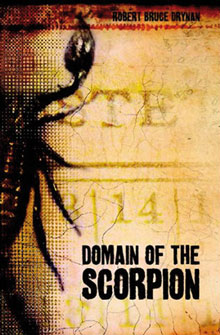