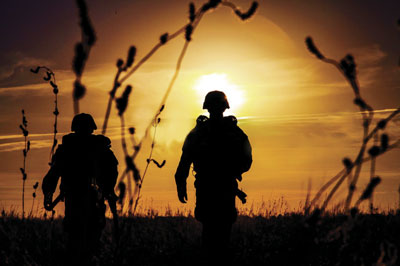 I’ve always felt guilty for not getting shot in Vietnam. I used to think if I lost an arm or a leg it would justify my trouble inside. As I caught my flight out of Portland to San Diego, for a reunion with Bob and Doc, I wondered what they were feeling. Were they seeing the same dead and wounded lying on the battlefield?  I’ve seen Bob since he was awarded the Navy Cross. But neither of us had seen our Corpsman, Peter Hayman, since we loaded him on a chopper forty-one years ago.

In February of 1969, Bob and Doc and I were living in a village near Da Nang. We were part of a Combined Action Platoon of nine Marines, a Navy Corpsman and some ragtag villagers called Popular Force soldiers. The PF’s lived in the village and sometimes fought but scattered when things got really hot. During the day we ran patrols and held medical outreach so villagers could see Doc. At night we set ambushes for the enemy.

On February 23rd we were set in at a grass hut and the sun was high and hot in a blue sky. Flies lapped  at our C-rations and buzzed at our eyes. Jack Walker, the dog handler, was watering King, his German Sheppard, while Jimmy Tyus, Charlie Young and Corporal Redden were cleaning weapons. Two Black Marines named Hodges and Bingham were playing cards with Bob and me on a poncho spread out in the dirt, and Doc was reading. Suddenly, our squad leader, Corporal Colton, announced headquarters had radioed that other CAPs in the area were getting hit hard.

We picked up our weapons and left in single file, spread out with Jack and his dog on point, and I followed. Bob was behind me and Doc behind him, then Jimmy and the rest. In the distance I could hear the crack of AK-47s and M-16s and fighter jets as they roared above us. The villagers had run, the PFs were gone and the fields were empty.

Bob Gregory was a star running back at Notre Dame High School in Southern California. In the war he could fly and tumble and come up firing, just like John Wayne. A few days ago he met me at the airport with a big grin, limping hard, his leg in a brace and his left arm dead, swinging in the wind. He wore Marine Corps suspenders a matching necklace, and when you call his cell, the ringtone is the Marine Corps hymn. When I see him shuffling toward me I want to cry.

Later we met Doc in my hotel lobby. He wore a suit and tie and seemed a bit shy. I felt detached but Bob looked so pleased. Peter was in San Diego, attending the American Psychological Association’s annual meeting. He lives in Florida, has a PhD, and helps oversee vet centers for the Department of Veterans Affairs. He has spent his life assisting veterans. He’s soft-spoken and moved gingerly across the lobby. When we sat down he helped Bob with his chair.

Our squad moved along a wide expanse of rice paddies. Suddenly the dog darted into the field pulling Jack. When they crossed over a rice dike the tree-line erupted, Jack pivoted, and crumbled. Bullets struck my rifle and I dove to the ground. When Doc ran by me I yelled for him to get down, but he was determined to save Jack. A moment later he was hit and fell. Jimmy ran to the side firing but soon he too was wounded. Rounds pounded the dike and whizzed overhead while Bob and I fired at the tree line. Bob crawled toward me at the same time Redden was hit, spun around and fell at my feet.

Between firing at the tree line we tended to the wounded. Doc was fading so Bob took off his belt and tied it above the spurting artery. I used the radio and called in gunships and a medevac while Bob hammered back with the machine-gun. No one else came out in the field and no one else fired and when the gunship finished, it was quiet.

Bob and I loaded Doc, Jimmy, Corporal Redden and Jack on the floor of the medevac. As I turned to leave, the tree line opened up again and rounds tore through the chopper killing Jimmy and the door gunner. Doc said he watched Jack’s blue eyes flicker. Two days later Bob was shot four times while we were moving another wounded corpsman and Corporal Colton was medevac’d for fatigue. A month later Charlie took one in the throat and Hodges too was hit and gone.

“I had a severed artery and cracked femur in my left leg and I was shot in the groin through my right leg,” Doc said as we sat at the table. “The bullet came out my backside and went through my wallet and a picture of my girlfriend. In 1985, I found Jack’s mother. When she opened the front door it was like looking in Jack’s blue eyes. All these years later I still feel like I had failed, by not saving her son.”

We spent hours talking, sometimes with tears in our eyes, trying to suture our old memories together. We had dinner and then we were done. There was sorrow when we left each other. We were happy to gather but we couldn’t recapture what we felt so many years ago.

On the plane home I wondered about the guilt some soldiers feel. Guilt for surviving. Guilt for not saving someone. Guilt for being saved. I sat next to a fresh-faced Marine named Jordan Vicars from rural Colton, Oregon, in Clackamas County. He showed me a picture of his sweetheart and told me how his father cried when he graduated from boot camp. Someday soon Jordan will be in Afghanistan carrying a machine gun. He’ll be brave, I’m sure, but who knows what kind of guilt he may be bringing home.

Jack Estes is a writer and president of www.fallenwarriorsfoundation.com.  He lives in West Linn, Oregon, with his wife, Colleen O’Callaghan, who contributed to this article, and winters in Ajijic. He can be reached at This email address is being protected from spambots. You need JavaScript enabled to view it. 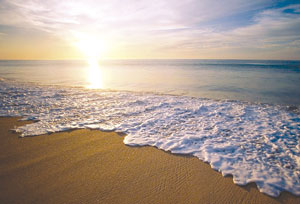 TROPICAL GUILT - August 2010
TROPICAL GUILT By Scott Richards   It was a moonless night with only the stars to guide us. The uneven path was fraught with peril at every turn.