“To Promote the General Welfare” 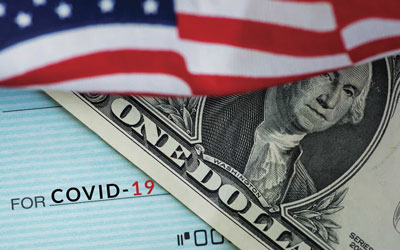 People who have the facts, know the science, and think critically, should come up with the same conclusions. That’s the purpose of peer review. If other scientists can’t replicate an experiment, then it cannot be valid. The scientific method should also apply to social problems and government policy. There will, of course, be differences of opinion, but they should not be irreconcilable if science is the guide.

Our Founders were products of the Enlightenment, a period of history when dogma and ideology gave way to reason. The Enlightenment was not a system but an attitude of open-mindedness and investigation. Several ideas dominated the Enlightenment, including rationalism, empiricism, progressivism, and cosmopolitanism.

Rationalism is the idea that humans are capable of using reason to gain knowledge. Learning became free from the belief that people need the authority of scripture and the Church.

Empiricism was the idea that knowledge comes from experiences and observation of the world.

Progressivism is the belief that through reason and observation, humans can make unlimited progress.

Cosmopolitanism was the Enlightenment thinkers’ view of themselves as citizens of the world instead of provincial and close-minded individuals. Benjamin Franklin wrote, for example, “Where liberty is, there is my country.” Thinkers from France, Prussia, Italy, Russia, England, and other regions, were in frequent contact to exchange ideas. Thomas Jefferson identified as cosmopolitan in contrast to Donald Trump’s nationalistic rhetoric.

Thomas Paine came from England to America as a product of the Enlightenment. He did everything he could to prevent the abuse of citizens’ rights by the rich and powerful. Paine believed citizens everywhere have a duty to care about the misfortunes of others. He was against misery in every form. He demanded respect for ordinary people, not just the nobility and the rich.

Thomas Paine was a major force in the American Revolution. His influential books included Common Sense (1776), Rights of Man (1791), and The Age of Reason (1794). He wanted a democratic government and was ahead of even Thomas Jefferson and John Adams in his thinking.

Because of Enlightenment thinking about government and eradicating social misery, the American Constitution has a Preamble in which the American government dedicates itself to “promote the general welfare.”

The American Rescue Plan Act of 2021 is true to the promise of America’s founding. It satisfies Thomas Paine’s concern for misery and the Constitution’s rationale of promoting the general welfare. The American Rescue Plan addresses the tragedy of over 536,000 lives lost to COVID-19 and 10 million unemployed. The pandemic and the economy are inseparable. Economic recovery depends on the elimination of COVID-19.

The American Rescue Plan achieves its moral duty by using knowledge gained from the scientific method, in this case, primarily medicine and economics. Medical science produced vaccines to combat the coronavirus. The science of economics will put people back to work and revive suffering small businesses. Many restaurants have died, never to return, so it is vital to save those remaining from failing.

Some challenge the reliance on science, saying that Dr. Fauci is a fraud who changes his mind. Yes, he does, as all good scientists do. When the evidence changes, Dr. Fauci’s opinion changes. That’s because science is self-correcting, while ideology is self-perpetuating. And some object that the cost of the American Rescue Plan is too great. The science of economics knows it is not.

Economists understand that the money to finance the American Rescue Plan will stay in America. It’s not going to China. In the case of the stimulus checks, needy recipients will spend it. That will increase demand, and employers will hire more workers to increase production. More workers with paychecks will spend more money, thus creating an upward spiral for the economy. The stimulus checks, which some call disaster relief, serve two purposes: immediate help and a jump start to an upward spiral in the economy. Ultimately, increased prosperity will create more significant revenue with which to pay the national debt.

Conservatives have veered from the Preamble’s rationale for creating a democratic government “to promote the general welfare.” Ronald Reagan said, “The most terrifying nine words of the English language are ‘I’m from the government, and I’m here to help.’” That quote was an attack on the very purpose of the Constitution. Its sentiment is even more tenacious today than when Reagan said it.

Democratic government to promote the general welfare is a moral statement. Producing a vaccine and urging the population to wear a mask and practice social distancing are scientific statements. Only backward people can challenge science and national ethics.

All Americans should applaud the passage of the American Rescue Plan of 2021.