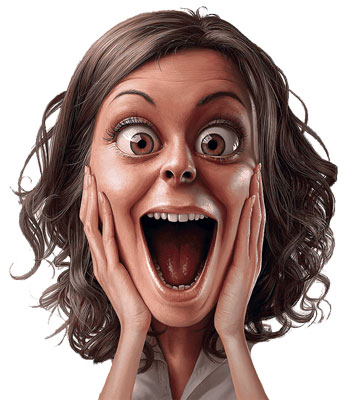 A story from my camino blog. So there we were at the end of our seven-week-long trek across the top of Spain on El Camino Frances. Religious and nonreligious pilgrims alike travel this revered path annually. And now ours had ended in Santiago de Compostela. Ended here at the cathedral. Before I continue, let me recap one of the difficulties I had long before the beginning of this incredible journey.

For decades, I have suffered from lower back pain. Physiotherapy and the recommended at-home stretching exercises had helped somewhat but not enough to ensure this trek would be pain free. An incessant pain often travelled down my legs with an intensity that set my entire back on fire. But now here we were, pilgrims from all over the world, in this most magnificent of cathedrals, waiting to hear the name of our country being announced that signified we had completed the camino and had qualified for our compostelas. As luck should have it, we entered the city the same day that the final scene of the movie The Way was being filmed. Just as the five of us entered the square, we observed Martin Sheen walking into the office to collect his compostela. I mention this only because of the bonafumeiro; without it, I would not have been in a coveted seat in the cathedral. The bunafumeiro is a larger-than-life swinging incense burner and to see it in action, one has to pay a hefty fee due to the manpower and time it takes to operate it. And who, but the cast and crew of The Way, could afford such luxury?

Centuries ago the church deemed it necessary to burn incense to mask the stench of all the pilgrims who had entered the cathedral wanting to be blessed. Not having the means to cleanse themselves along the way made for quite the “aroma” at the end of their pilgrimage. Nor could the priest offer a wash station; hence, the burning of incense. Being fortunate enough to see it in action was only half the feat. Where to sit was also of utmost importance to fully appreciate its beauty. All pilgrims rushed to find the best seat in the church. “Try to be in the first few pews” was the travel guide’s advice. Feeling pleased with myself for having found the perfect spot, I settled in to await the show. The Catholic church being what it is, there was a lot of sitting and standing and sitting and standing. And . . . well, you get the picture, there was a lot of sitting and standing. With only one day of rest, my back had not yet fully recovered from the trauma of a seven-week trek. I was still in a lot of pain. I sat and rose and sat and rose, out of respect for this place of worship, until eventually I couldn’t move. My lower back was in total spasms. Luckily for me, the next 15 minutes of a swinging bonafumeiro, the real highlight of this day, allowed me to sit still. Determined to witness this auspicious moment, I slid my pain-wracked body to the back of the pew and settled in to watch the show. Once finished, the service continued and the congregation rose again. But not me. Try as I might, I could not stand up. I slid to the edge of the pew, held onto the back of the pew in front of me with both hands and willed myself to rise. Rocking back and forth a couple times seemed to release enough of the muscles to attempt an escape. Luckily, I had taken an aisle row seat which made for an easy if painful  exit. As I began my long walk towards the side exit door, I saw my partner leaning against a pillar. I slid in behind it and out of sight of the main congregation, thinking I was out of view of everyone. That was my thought. Heaving a sigh of relief for having found some refuge, I began stretching. Hands on hips, bend backwards. Hands in front, bend body parallel to the floor. Hands on floor, bum in the air. Repeat several times. A few of those stretches released the spasms enough to feel normal again.

Well, almost. My partner, more than aware of my health issues, moved behind me as I was about to finish my last “hands on the floor, bum in the air” exercise. To stop me from moving, he pressed his groin into my behind. I accommodated by stepping back and nestling into him. Then he began. Stroke up my back, stroke down my back. Stroke up my back, stroke down my back. Repeat. As with any good masseuse, he switched to another part of my body. Lifting my loose skirt a bit on either side, he ran his hands up and down my outer thighs, all the while keeping me in place with his groin. “How is that?” he whispered. “Does that feel good?”

Finally feeling relief, I worked in unison with his movements and reacted with some interesting breathing noises. Totally lost in the euphoria of ridding my body of this excrutiating pain, I had allowed some very audible sounds to accompany my appreciation. “Yes! Oh my God, that feels soooo good. No, don’t stop. Yes, yes, right there, yes, that’s it!”

Then, out of nowhere a disgruntled sound startled both of us. Neither of us realized we were being observed from the other side of the pillar. Unbeknownst to us, there was a smaller door a few meters from the main side door where congregants could enter without being noticed. As I was being massaged for my back spasms and moaning and groaning my appreciation, this somewhat obscured vantage view was being much misinterpreted by one very unimpressed gruff of a man making known his disapproval. From where we were standing—and moving—it must have looked like we were having a quickie. Or, as I called it when we reconnected with our three camino friends, Cathedral Pseudo Sex! 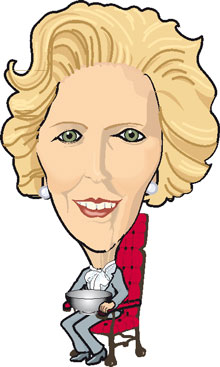 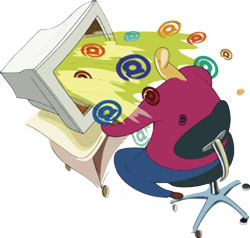 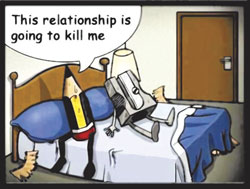 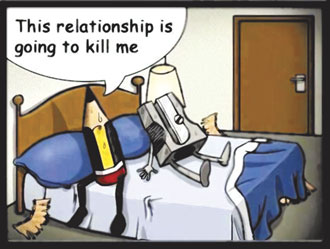