This is an unedited version from Swoboda’s Hidden Women, a four-generational memoir now available on Amazon and Amazon Kindle. Go to my author’s page. 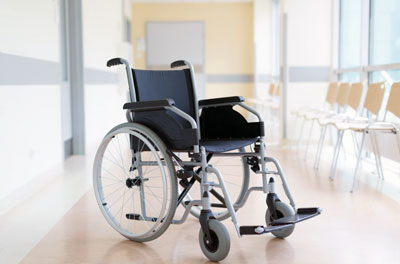 The Polio epidemic of the 1950s was but a glimpse in the memories of those who lived during that period of time; but for me, it has lodged in my heart with a heaviness that has never left. I have never spoken to anyone about my experiences of life-and-death decisions while I lay helpless in the hospital during the polio epidemic until just recently, when I wrote my memoir.

The incessant pushing of air into the lungs of helpless children, then sucking it back out, in mechanical, death-defying beats. ‘Phew-Whooh, Phew-Whooh”  continued through  the days and the nights when I was thirteen years old and lying on my back, feet strapped upright on a board at the foot of my bed in the University of Michigan’s gymnasium which served as the polio pediatric ward.

The heartbreaking cries of seemingly endless children housed in tight rows that filled the inside of the gymnasium echoed up the walls and pierced my soul. I internalized spatters of conversation from parents who lived in the northern part of the state, and those who lived in Upper Peninsula, saying goodbye to their children knowing it might be forever.

My adult-size bed was conspicuous among the cribs and junior beds that surrounded me. It sat near the entrance, next to where the bank of iron lungs began. Mother came alone to visit me that first day, as she had every day since I had been admitted. Once wild, pretty and curvaceous, with the added weight of a hundred pounds, she became a doggedly unrelenting woman. Her stoic gait, tough and indomitable, gave the effect of a tank rolling in ready to do battle.

I turned my head away. In a display of affection that I knew was the best mother could offer, she patted the back of my hand. At the same time, she furtively assessed the bleakness of the gymnasium setting. Even though  I was on-guard because she was a master at making any situation worse, I did not blame her for my polio. “If I hadn’t let you go to Dearborn Pools you wouldn’t be here,” she confessed.

I tried to console her. “There were lots of children in the pool, lots of parents thought it was all right for them to be there.”

“We shouldn’t have taken that vacation. We should have stayed home.”

“But I’m the one who said we should go,” I said, hoping she wouldn’t be compelled to fix things.

“This is my daughter,” Mother barked at a passing nurse. “She doesn’t belong here! I want her transferred to an adult ward!”

“The doctors are gone for the day.”

“Then I want to speak to the head nurse.”

Mother paced up one aisle and down the other in a demand for attention. As her anger grew, the screaming of babies became louder. As if she were Godzilla, she shook a stack of sheeted metal partitions leaning against the back wall. She requisitioned them, and complying with her orders in a desperate attempt to keep the entire ward from turning into mayhem, the staff stopped what they were doing to construct a private wall around my bed.

I cringed each time the screen had to be clumsily unfolded then refolded. The nurses would  trip on the stand of my makeshift screen, almost knocking it over, as they scurried around in exhaustion taking care of the needs of suffering children. I had dreaded buzzing for a nurse. I felt their disgust as they lifted my limp body, feet trussed to the footboard, to change the sheets when I had waited too long.

The overhead lights had been dimmed to simulate darkness. I laid awake that first night in the pediatric ward, in spite of the sound of babies crying, not imagining what was to come next.

Crisp shadows backlit from the wall lights behind the iron lungs cast eerie, stencil-like images against the curtain that circled my bed. I listened to the sound of the night doctors’ shoes in blue paper wrappings as they softly  shuffled against the gymnasium floor. They were so close to me that if the soles of my own feet were not strapped down, I would have been able to reach out and touch them. I could hear the staff whisper on those dimly lit nights. I felt a party to their hard decisions about which children should be left in the iron lungs and which should be taken out to die, to make room for another child who maybe had a better chance to survive.

My stiff neck kept my head flat on the pillow-less mattress; yet, I desperately needed to see what was happening in the tragedies taking place only a few feet away. I would peer at the sheet room divider  from the corners of my eyes, as if I could miraculously look through it. Soon, the discussion would end and I could hear the muffled feet of the doctors’ shuffle out, followed by a period of silence before the gurneys arrived.

The aides would bump against my curtain as they removed polio victims from their mechanical tombs. One less whooshing would be heard from the bank of iron lungs as a child pumped their last breath. I could hear the wheeling of a gurney leave the room as it was pushed down the long hall. I would strain to follow the sound of it and when I could no longer hear it, silently cry.

I supposed the gurney entered a room somewhere down the long hallway. Maybe it had a delivery door, like the one through which I arrived. Maybe a hearse was waiting for the body. Maybe one had not been ordered; maybe the children weren’t dead before they reached that room. Maybe the hospital needed to wait until the child’s heartbeat stopped. Maybe it still pumped after taking them off their breathing machine. Maybe they were conscious when they were rolled down the hallway, maybe...  I thought.

I needed to share a tear, share the hopelessness of what I had heard. I needed  to pay recognition to the children’s suffering, pay homage to their deaths. I needed to do something, anything, even if it was to cry out. But I was ashamed to call attention to myself  in this secret midnight tryst that I had so much become a part of. Night after night, as I lay mute, this life-and-death scene played out.

Scorned by the staff for the extra attention mother had demanded they give me, no one said goodbye when  I was released from the hospital. I heard their snickers and sighs of relief as I was wheeled out. I wished I could at least have had a paralyzed arm, or some other disability to alleviate my shame for leaving the other children behind crippled and suffering. Mother, through her most grand efforts, was never able to get me transferred to the adult ward. Possibly it was in another building. For her, it was a bitter defeat.

I waited at the curb in the wheelchair for Mother to bring the car around. I breathed in the fresh moist air, felt it fill my lungs, a sensation I had never remembered feeling before. I sniffed the scent of grass being mowed for the last time before the frost set in. I heard the laughter of university students in the distance on their way to class. With anticipation, I faced an unknown future.