Driving In Guadalajara Is Easy! 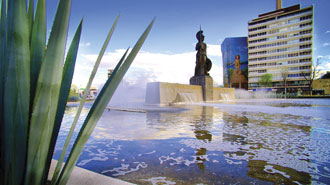 (Ed. Note: What follows is the literary equivalent of burlesque. Readers are strongly advised to take none of it too seriously!)

Driving in Guadalajara is easy. You just have to know the rules. Not the laws—the rules. First and foremost, if you are in front you are right. It doesn’t matter how fast or slow you are going, or what lane you are in. As long as you have at least a fender in front of everyone else, you are in the right.

Next are stop signs. When you come to one just keep on going unless someone is coming, and if you can’t fake them out, you stop. If it’s in the middle of the road all the better because you make them have to swerve around you, which serves them right for making you stop. If you come to an intersection and there is no light or stop sign, just keep on going. If someone is coming the other way, the one that is a chicken will have to stop.

Now we come to traffic lights. First, you have to find them. They are usually off in a remote corner and if they are working, are so coated with dust and dirt you can hardly tell what color they are. Next, if it is blinking green you keep on going to get through it. If it is yellow, you hurry like hell to get through. If it has just turned red you go anyway and hope the cars going the other direction are paying attention. If you come to one where there is no traffic coming the other way, you just slow down and go on through. If you are unlucky enough to have to stop for a light and you are the first one in line, when you know that it is about time for the light to change to green, start going.

If you get through before the light actually turns green, all the better for you.

Now if you drive down a street with no lines designating lanes, just drive where you want to. The only things you have to worry about are the trucks that might decide they want your area. You might try to bluff them out, but they are usually better at that because they have had a lot more practice. Try to stay out of the far right lanes as the buses will stop at every corner to let people on and off, and really slow you down. Sometimes it won’t even be the farthermost lane. If they think it will slow them down too much to move all the way over, they will stop in the lane they are in. They are even known to sometimes just slow down and let their passengers jump off on the run.

When you come to the turn you want, just turn. Don’t bother with signals as they will just confuse people. If you are in the right lane and want to turn left, go ahead and turn. (Remember rule number one?) If you miss your turn, just make a U-turn in the street, it’s OK. If the street is too narrow to make it in one turn, that’s OK, too. Just back up and finish making it, the people behind you will wait.

Which leads to another rule. If the person in front of you is stopped to visit with a friend, just wait patiently until he finishes. However, if he is stopped because he is broken down, or his car has died, lay on the horn immediately. He should know to get off the road.

Glorietas have rules of their own. You know what glorietas are—the circles you come to in the middle of a road where you say three Hail Marys before going into them. When you come to a glorieta and there is no street light, just take a deep breath and charge right in. Most of the time the other vehicles will let you in. Go around the glorieta until you come to the street you want to get on, then just take off on it. In glorietas, the vehicles in the inside lane have the right-of-way.

But if someone has his right blinker on, beware! This is obviously a person not accustomed to driving in Guadalajara or he would know you never use your right turn signal.

The really tough part about driving in Guadalajara is trying to figure out where you are. If you are lucky enough to be on a corner that has street signs, you will probably have to stop the car and walk over to read them, because they are too small to see from your car. The street you want will probably be a one-way going the wrong way and you will have to go five blocks out of your way to get back to where you wanted to be. But what the heck, that’s half the fun of driving in a new city. What better way to learn how to get around? 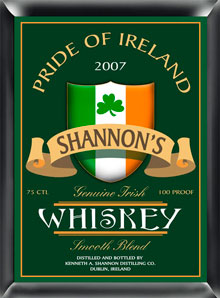 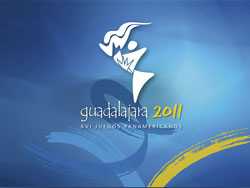 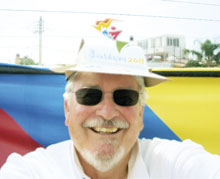 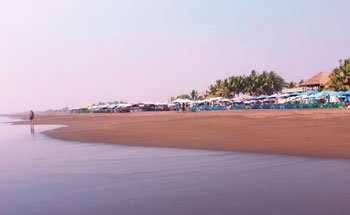