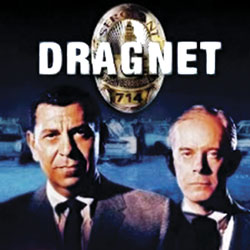 The Cartagena heat and humidity took a seat beside us and crowded in close, as our taxi-driver maneuvered his miniature, yellow Hyundai through the narrow cobblestone streets of this muggy, Colombian port city. The angst of where we were going added to our drenched distress.

A Latin cumbia tune blaring from the radio competed with the driver’s constant horn-honking.  Mobs of ruby-tinged women wearing wilted sundresses and men sporting white socks, sneakers, Bermuda shorts and tropical shirts, kept stepping from the sidewalk without a traffic care. The cruise ship had docked.

When I gave the driver the address of our destination, he peered into the rear view mirror with a questioning stare. I offered him reassurance. “No somos del crucero,” I said, telling him that my husband and I were not ‘cruisers.’ His scowl relaxed to a smile, he turned up the music and took the sharp turns out of the walled, colonial-section of the city with less ferocity.

We were headed to a Class 6 zone in this racially divided, caste system of neighborhoods amazingly still in play in 2013. Class 1 is reserved for the poorest of the poor, where services are subsidized or non-existent.  Neighborhoods jump precariously up the rich-scale to Class 7, where high-rise, high-rent condominiums face the lapping shores of the Caribbean Sea.

A gusty breeze of relief rushed in through the rear window, as we reached a seaside area dotted with posh stores, trendy restaurants and fronting rolling tides. The driver stopped and pointed to a small concrete, building to the right. “Aqui esta el edificio que quieren,” he said, suggesting we had arrived.

“Si, Señora, es la estación de policía.” We slid across damp seats and headed to the front, glass-paned door. Clues that this was a police station remained ‘incognito.’ As we entered, the door creaked and moaned, suffering from a loose hinge. A windowless room, lit only by daylight streaming in the entrance-way measured the size of a decent walk-in closet.  Looking up, I saw a four-foot long, unlit fluorescent lamp, dangling from the ceiling, as the culprit of the gloom. We bumped into a scruffy desk with splinters flaking from its ragged edge and a small black table balanced next to it.

I stared at two manual Remington portable typewriters positioned in the middle of the desk and table top, one white and the other blue. My mind drifted back to 1968, when, as a senior in college, I typed my Social Work thesis on this exact make, model and azure-hued device. Hey, maybe this was my beloved machine recycled to South America. I looked around for anything that resembled a leap into the 21st century techno-world. Nada.

A pretty Colombian chica, with long black hair and dark eyes, stood behind the desk where the ‘blue beauty’ rested.  Desperate for relief from the airless conditions, she seemed cooled by the black tank top she wore. Her male co-worker, wearing a droopy plaid shirt, sat at the table, hunting and pecking with one finger, as he typed up a criminal complaint offered by an agitated, well-heeled señor. I felt frantic for fresh air, but the lack of a fan matched the dearth of technology.

Crunched along the wall, a handsome young man rocked on a folding chair with his eyes closed. He looked a tad official in his crisp white shirt with insignia patches sewn on the sleeves. I asked the young girl in Spanish if the uniformed gent in the chair was the policeman. I translated her response in my mind, ‘no, that man is the security guard at the near-by supermarket.’ “Esta descansando,” she said. (He’s resting.)  Nailed to the concrete walls, shelves, loaded with bulging plastic bags, sagged. When I inquired as to their contents, the señorita officially remarked, “Evidéncia, señora.”

“Oh, por supuesto,” (of course, how silly of me), I acknowledged.

The door hinge creaked again and mercifully our Colombian guide entered, accompanied by one of our traveling companions staying at the same hotel. He came to report a robbery identical to ours: theft of cash from his locked, in-room-safe. Bless him. Now there was another victim to corroborate this dubious crime. The female clerk placed three sheets of carbon paper between four sheets of white bond, manually revolved them into the typewriter and prepared to give her two index fingers a work-out. I tried to remember the last time I had even seen carbon paper and 1968 came to mind again.  Fluent Spanish rolled from the guide’s lips, but the clerk’s fingers stopped mid-stream. She questioned if we really wanted to report money stolen from hotel-room safes. We all nodded.  She kept asking for ‘the facts.’ The only fact we could offer: we put money in our safes, locked them and now that money was gone.

Travel Insurance companies won’t even consider losses without a police report, so, as victims of theft, we had participated in this required absurdity.  I felt sorrier for that attractive Colombian, typing-up the incident in that sweat-box, than I did about losing $250US. The business completed, I saw the guide hand the woman 3000 Colombian pesos (about $2US) “Do you have to pay to fill-out a police report here?” I asked. The guide explained that they have no money to buy paper; no light because the electric bill hasn’t been paid and the newly elected administration has not approved a budget for police office duties. Living as an expatriate in Mexico, I smiled at the explanation. It had a familiar ring.

As we left with smudged carbon copies, I asked, “What do they use for paper in the Class 1 neighborhood police stations?”

“You don’t want to know,” the guide laughed.