Things I Worry About...

By William Franklin
This email address is being protected from spambots. You need JavaScript enabled to view it. 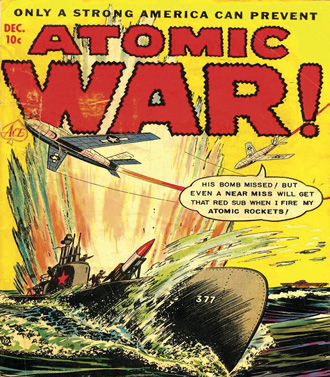 When I was young I was a kind of true believer. Though I knew Santa was a hoax I assumed a lot of the rest of the things I heard about might in fact be true. So to some degree I worried if I thought there might be some bad stuff in my future and I naturally looked forward to things I thought might be the good stuff. This is my list of the bad stuff.

So I would walk by Mary’s house and Nancy’s house and sure enough, their front yards were rearranged and something looked a little covered up and moved around and though I didn’t see any kind of submarine type telescopes coming out of the ground, I was pretty sure the rumors were right.

But I was lucky and had a mother who was very practical and she told me not to worry, that here in San Diego we’d take a direct hit cause of our military bases and so no little front yard bomb shelter was going to save us. This was oddly reassuring because if I were going to get snuffed by Khrushchev, I wanted Nancy and Mary to get snuffed too.

I think at some point I realized, after we seemed to be attack free and people were still alive up and down the street, that people were a little embarrassed they had bomb shelters in their front yard and so, after a certain time, the rumors stopped about who had one and why and I think the shelters were deemed obsolete and just kind of not relevant and no one talked about them anymore.

So I survived Cuba and all that.

Then in high school they made us read 1984 and sure enough, there was something else to worry about—1984 when we’d all be slaves and named Winston. I couldn’t wait for 1984 to come and go so I could prove Orwell wrong or right or again maybe just irrelevant. When 1984 did come to pass I had two kids and so I couldn’t give a damn about Big Brother, I had a family of my own.

Then towards the end of high school Paul McCartney writes “Will you still need me when I’m 64?” and I had something new to worry about. I thought that was a damn good question but I would have to wait years for the answer. Finally the answer came to me in a kind of a joke when I realized the satirical response to that question might as well be, “Will I still feed you when you’re 64? Well, what are you gonna do for me you pansy- ass white boy?”

This seemed to satisfy me and I stopped worrying about being on the Isle of Wight with someone who was slowly starving me so as to get my Social Security check.

Then, free from the fear of those fears, someone told me that chaos would rule the day in 2K when all the computer clocks would freak out over what exactly is leap year and maybe rockets would be launched and systems shut down and the economy would be up the creek without a paddle because no computer could handle the new millennium.

That started me thinking about Mary and Nancy all over again and how prescient their moms were and how fatalistic mine was. But sure enough, January second, 2000 came to pass without a hitch.

Now the Prez keeps bringing up carnage and MS13 and though I’m trying to get worried, I just can’t. I look around my old neighborhood and its total lack of bomb shelters and I think I’ll just let this particular worry slide. 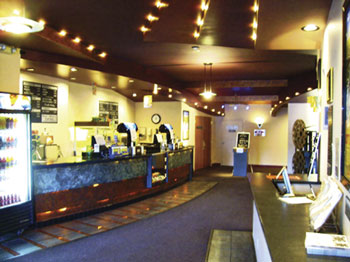