LETTERS TO THE EDITOR 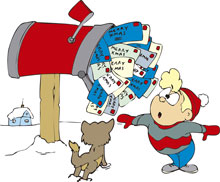 It is consistent that congressional Republicans have opposed Obama’s health care reform, climate change initiatives, efforts to negotiate with Iranians or North Koreans, attempts to regulate the financial industry, efforts to close Guantanamo, his stimulus package and nearly every other of his major proposals. Almost 100% of congressional Republicans oppose Obama 100% of the time.

This cannot be about rational opposition, careful parsing out of the good and the bad. A president elected in a landslide by the whole of our electorate and of such obvious intelligence and good will could not be 100% wrong on 100% of the issues.  That is absurd. So the issue is not substance. It is power.

Obama has it and Republicans want it. They will cheer our country’s defeat or attack our country’s successes if it will help them get power back. From Rush Limbaugh to Senator De Mint of South Carolina, they have openly declared that that is their test of whether a thing is good or bad. Their contempt for the Nobel Peace Prize must therefore be understood to come from the same source as their 100% opposition to his legislation. If it might help Obama succeed, they oppose it. If it helps Obama fail, they favor it.

But they protest, concerning the Nobel award: “What has he done?”
That is not a hard question to answer if you are not trying to bring Obama down. This new president has single-handedly, and overnight, transformed the climate of global diplomacy. Instead of a United States intent on declaring axis of evil and bombing or threatening to bomb enemies from Tikrit to Teheran to Hanoi, unilaterally deciding when and whom to bomb, willing to ignore the UN Charter and to invade Iraq—a country with which we were at peace—or a United States willing to place missiles in Czechoslovakia, and Poland, or a United States uninterested in nuclear weapons reduction or the non proliferation treaty, a United States that internally rounds up Moslems and throws them into jail, a United States that externally unleashes the CIA to commit murder and kidnapping from Rome to Indonesia—instead of all this—the US has overnight become a leader again in international collaboration.

This president has reversed the almost universal global sense that the United States was the least predictable, most militarized and therefore most dangerous, power on the planet. He took the lead to call for the elimination of nuclear weapons in Prague. He reached out to the Islamic world in Cairo and addressed an audience of millions with peaceful hand outstretched. He has re-entered the world of reality to deal with climate change and an apparent threat to the survival of life as we know it. He has halted the chest-pounding 19th century style of his predecessors and brought us back to modern times.

This is true not only in the opinion of the Nobel Prize committee in Stockholm; it is true in the ringing endorsements of the award by President Sarkozy in France, Chancellor Merkel in Germany and President Medvedev in Moscow. Obama’s willingness to cooperate and participate rather than to demand and dictate has already changed their world.

For those of us who are not out to bring him down merely because he is of the other party, the calculus for the Peace Prize is clear. This president has already done more to advance the possibility of diplomacy and negotiation, conversation and compromise, civility and consensus, than anyone in recent memory. He has two awful wars to get us out of, and has no magic wand to do that. Nothing but tragedy lies in the future in Afghanistan, no matter what he does.

But this one man has brought the rest of the world back to the table where an attempt can be made to pull us all back from the Bush/Cheney formula that all solutions are military. This is a mind shift of tectonic proportions. No one else’s achievements come even close.