A Government for the People 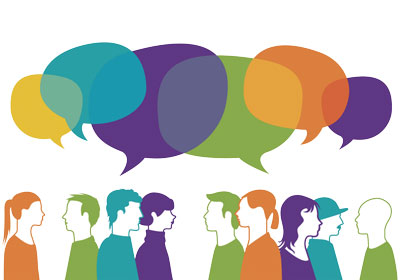 As an Englishman, I’m not an expert on American history and any examples in here may well be inaccurate and not strictly chronological, but they are used to illustrate an overall point of view. As I understand it, the fundamentals of the Constitution were to promote life, liberty and the pursuit of happiness. The Bill of Rights stipulated that Congress may not make rules to take away freedom of religion, freedom of speech, freedom of the press, the right to bear arms, the right to form peaceful assemblies, or to take away lives or freedom of property unfairly.

All of this was justifiable given the religious persecution and government oppression that the early colonists struggled to escape from. According to Kris Kristofferson “freedom’s just another word for nothing left to lose.” But I believe our unbridled freedom has lost us a lot, particularly as it relates to moral and ethical standards and concern for our fellow man.

So what have we done with this freedom?

We saw a land with enormous potential from “sea to shining sea.”  We went west in a spirit of free enterprise. We cut down forests, tilled the soil and fenced the land to establish farms and ranches. We imported cheap Chinese labor to build our railroads. In the scramble to establish the biggest piece of the pie we denied the American Indians their freedom and denied untold numbers of Africans their freedom. Our “manifest destiny” spread across the continent to the Pacific Ocean and when the dust cleared, we had denied Mexico about one-third of its territory, including nearly all of present-day California, Utah, Nevada, Arizona and New Mexico.

Then, ironically, we imported cheap Mexican labor to cultivate our crops; which they still do today for below minimum wages, while suffering the stigma of illegal immigrants. It took a civil war to grant African Americans a euphemism for freedom. The Native Americans still struggle to protect their sacred grounds and eke out an existence on barren reservations.

Gold in California and oil in Pennsylvania encouraged more free enterprise, more scrambling for the good life, and the rise of monolithic companies generating vast wealth for a privileged few. By the time anti-trust laws were established the damage was already done. Now we work for companies that continually reduce employee benefits and pensions to increase profits. We are encouraged to secure our futures by investing in 401ks that depend on ever increasing shareholder value that, paradoxically, depend to some extent on cutting more benefits and services. Demands to increase shareholder value encourage unscrupulous corporations and banks to sell bogus investments, derivatives and mortgages without underlying asset value.

The point is that we became so involved in our freedom of choice and entrepreneurial wealth creation that we are now all complicit in this mess by closing our eyes to the truths of inequality and the social consequences. We’ve ignored the shifts in policy that continue to create a bigger and bigger gap between the haves and the have-nots. We’ve watched as the government gave tax breaks to the rich, cut programs to the poor, and refused to raise the minimum wage. In 2015, 43.1 million people lived in poverty with the highest poverty rate among Blacks and Hispanics. Approximately 15.3 million, or 21 percent, of all children under the age of 18 were in families living in poverty. We are the only country in the civilized world that does not provide universal healthcare to its people. Even communist Cuba provides free healthcare and education. We have created a vicious cycle in which the underprivileged, social injustice and the government deficit continue to grow while the middle class hangs on to its fast fading dreams of the good life. With a growing population and diminishing resources we continue to strive for an ever more elusive piece of the pie and create social unrest in the process. The intent behind  the Second Amendment has been adulterated to the point where gangs are equipped with AK 47 assault rifles and all manner of automatic weapons. Is it any wonder that drugs and crime increase in impoverished inner cities and immigrant communities?

It was Plato who said that democracy would not work because, given a choice, the average person chooses what pleases him rather than what is good for him. I happen to believe in democracy but I think our two party system creates a situation where the majority tends to get what is good for them but not necessarily good for society. We the people put these people in power and have watched as politicians strive to retain power by pandering to whatever is popular. As a social conscience develops in the majority we vote Democrat. As government spending and taxes are increased to pay for social programs we sense a reduction in our standard of living and government intrusion on our freedom of choice. So the majority turns to the Republicans for tax breaks and curtailment of government regulations. The results are good for the party in power but not necessarily good for society as a whole. Increasingly over the last decade, the polarization between the parties, the inability to compromise, and the vetoing of the opposing party’s agenda, has lead to a legislative stalemate and an exacerbation of societal problems.

When I became a US Citizen in 2011, I had high hopes that under Barak Obama we would begin to see the social changes outlined in his book, “The Audacity of Hope,” come to fruition. Instead the intransigence of the Republican party and its avowed intention to obstruct his agenda has lead us where we are today. Enter Donald J. Trump who cashed in on the Washington stalemate by vowing to “drain the swamp” and “make America great again.” In my opinion his ultra right wing agenda has made a proportion of Americans richer, increased the disparity of income, and it is debatable that the country is more powerful. But by declaring war on immigrants, curtailing the freedom of the press, criticizing the judiciary, appointing right wing judges, creating cabinet posts for his family, and surrounding himself with not so veiled white supremacists, he has all the trappings of an autocrat and is disliked, or even hated, by a majority of the country. The ridiculous “policy,” or judicial “custom,” that precludes indictment of a sitting president is something the Founding Fathers never contemplated and is akin to the medieval “Divine Right Of Kings.” Putting the president above the law further exacerbates the already volatile situation existing with the underprivileged and we should be wary of some form of revolution.

Perhaps there is no simple solution but perhaps it is time to sacrifice some of our personal freedom for what is good for society. As Obama once stated to Oprah Winfrey, “we are all connected as one people and our mutual obligations have to express themselves not only in our families, not only in our churches, synagogues, and mosques, but in our government too.”  Why can’t we employ a bipartisan commission to resolve issues of national importance like healthcare and the judiciary? Instead of endless partisan scrambling for votes and changing voting rules to suit the situation, we should recognize that only by true bipartisanship can we be sure that government is of the people, by the people and for all the people.

If we must retain a two party system, why not get rid of the electoral college and appoint a Democrat and a Republican from each state in both the House and the Senate? Admittedly that would have the potential for more stalemate but if legislation is to get passed at least it would force an element of compromise. As for the president, election should be by a simple majority of voters and not by the gerrymandering surrounding the electoral college.

[Ed. Note:  The above is opinion, and does not represent the views of El Ojo Del Lago]