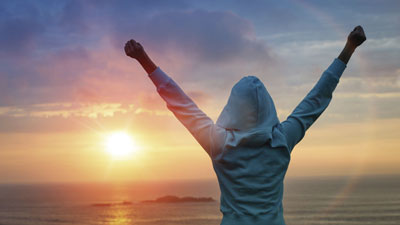 In the highly competitive society of the US, people are conditioned to want to be winners or at least on a potentially winning team. No one wants to be known as a “loser.”

Only sports teams and players who lost games used to be labeled “losers.” Showing respect and politeness, even for adversaries was a common norm across the spectrum of different social groups. Social norms have changed. These days children in the US often witness older youth, peers and adults insulting others with words and gestures. Naturally many imitate what they hear and see.

Calling individuals or groups “losers” has become a common, even acceptable way to speak about others in social circles. How often do teachers and parents tell their kids that calling another person a “loser” is mean, unfair, disrespectful or wrong? Do they know or care that such a put-down can diminish the target’s self-esteem?

People, especially kids, can be humiliated, even devastated, if they are called a hurtful name to their face, especially in front of others. When someone powerful, admired and influential, labels another person “a loser,” even behind her back, this often causes those who want to stay in favor with the name caller to reject and even shun the targeted person. This happened to my child when she was not yet a socially secure teenager.

The whole world is now hearing the bullying president of the most powerful nation calling military heroes and everyone else he doesn’t agree with or appreciate “losers.” Reliable sources, who knew Donald as a child and adolescent, tell us he was dominated by his powerful, abusive, uncaring father, who constantly denigrated him. To win his dad’s approval he had to demonstrate that he too was willing to say or do anything to succeed and dominate.

Because he now has great power, Donald expects all to bend to his every wish. His children learned to worship him years ago. Now he has millions of supporters who admire him, not for his kindness, but for the grand illusion he created of himself as a successful billionaire business man. He believes he must always win at any cost. He can never allow himself to be a “loser.”

Unfortunately for society, this powerful, ruthless man, who is incapable of feeling empathy, has become an admired role model for many young people. Not a positive role model, but a very dangerous one.

For decades psychologists have been telling us about the lasting negative effects that adults, particularly parents and teachers, have on children they verbally abuse and humiliate. When a young person’s self-esteem and self-confidence is diminished, she may stop trying and give up her aspirations. This is why it is so important for teachers to recognize children with low self-esteem and to try to improve their self-images by recognizing and expressing appreciation for positive behaviors, qualities, actions and efforts.