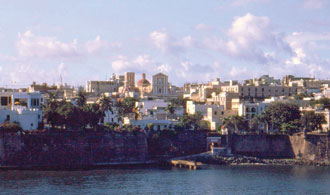 Travel to San Juan by sea at least once because no other view can compare.

Here in the same time zone as Nova Scotia and Bermuda the sun rises early and as dawn breaks the island’s highest peaks rise out of a lush emerald carpet and thrust through the layer of clouds.

The whole thing seems to float on the ocean like a mirage, slowly filling the horizon as it draws nearer.

The ship almost completely circles the city before docking in the harbor on the inside of the peninsula.

The Spaniards began building the castles in 1539, less than 50 years after Columbus claimed the island for them on his second voyage.

They left only after the Spanish-American war evicted them from the hemisphere over 400 years later.

San Juan was so heavily fortified for good reason. Its great harbor sat astride the entrance to the Caribbean and it was the last stop made by the Spanish King’s treasure ships before the Atlantic crossing. It was justifiably known as the “Gibraltar of the Caribbean”.

There’s more castle to see here for any but the most ardent military buff.

Castillo del Morro won out as my one-castle only pick and I wasn’t disappointed.

There’s a 20th century scale to this serpentine conglomeration of gun emplacement and turret and overlooks.

When not bunking on a cruise ship I stay at the Hotel El Convento. It’s centrally located in Old San Juan, most of which is within walking distance and some of which goes up and down the hill on which the city sits.

El Convento occupies a building inaugurated as a Carmelite convent in 1651 and sits directly across from the Western Hemisphere’s oldest cathedral. Coffee in its cloistered courtyard is a great way to start every day.

The architecture of the shops and homes of Old San Juan are very reminiscent of Spanish New Orleans.

It has a different feeling here, with landscape views of sea and coast and fresh ocean breezes only blocks away from just about any spot .

Side streets narrow until there’s no way to travel them except on foot.

There’s no lack of good restaurants in the old city, but my favorite for authentic Puerto Rican food is a short cab ride to the Condado district.

The dining room of Restaurante Ajili-Mojili  feels like the verandah of a tropical plantation house.

Nothing on the menu has ever disappointed, but I enjoy and heartily recommend the asopaos – a bisque with rice and chicken, shrimp, seafood, or lobster – almost as much as the mofongos. A Puerto Rican original, the mofongo is fried dough made of mashed green plantains, garlic and pork rinds and stuffed with shrimp, seafood, lobster, veal, chicken or beef.

You’ll need to walk this meal off, and there’s no better place than the Condado neighborhood, which affords an opportunity to see some great deco architecture in a tropical setting that evokes Miami Beach, but is a lot more intimate.

Puerto Rico is home to the distillers of more than a dozen national brands of rum among which the most well-known is Bacardi. I’ve seen enough rum distilleries elsewhere to pass on a tour here, but if you haven’t yet had the pleasure this is a good place to seek one out.

From San Juan the plan is to make a day trip to the El Yunque National Forest, which bills itself as “the only tropical rain forest in the U.S. National Forest system”. Watch for it in my next Americana post! 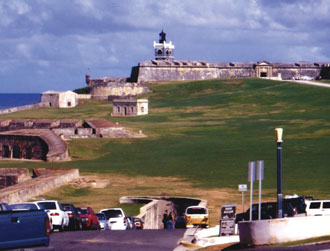 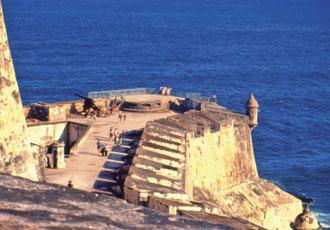 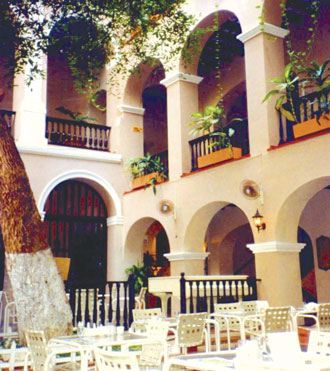 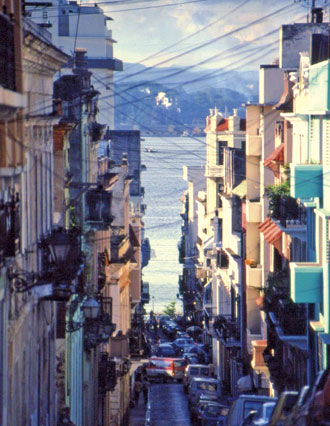 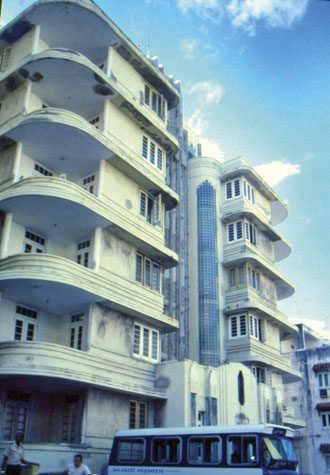