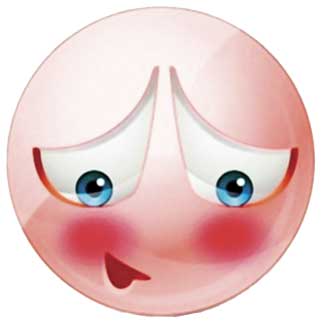 The comforting aroma of freshly-brewed coffee wafted around my face as the server laid the cup in front of me.  As I began to stir its steamy heat into an upward spiral, I gazed over the dancing vapor and noticed a man coming toward me from across the Lakeside coffee house. He was smiling.

Is he looking at me? Where do I know him from? I thought. He does look familiar.

I took the spoon out of my coffee cup and placed it on the saucer edge. It fell off. “How are you?” the man greeted me as he reached my table. “I haven’t seen you in a long time.”

“It has been a while,” I said as I studied his face. It appeared to have had a bit too much sun. His nose was sunburned, his lips dry. Is he one of Dave’s friends? Is he a friend of Dorothy? I wondered. Where did I meet him? Or have I actually met him? Maybe I’ve just seen him around town.

The server returned and placed a warmed blueberry muffin in front of me.  The man looked at it with curiosity.  “What do you call that?” he asked as he sat down in the chair across from me without asking permission.

An odd question, I thought. It’s obvious what it is. I waited a beat. OK, I mused with mischievous delight, ask a silly question, get a…“I call it Phyllis,” I answered with sass.

“That’s funny,” he said with a laugh. It was a distinctive cackle.

I should remember that sound, I thought.  Who is this guy? I corrected my irreverent answer. “Actually, it’s a blueberry muffin.”

“Oh,” he replied, “I thought it was something the Mexicans make. You know, those Mexicans sure do bake good. I had one of them triangle cookies with the white, brown, and pink sections. It was real good and I like how they keep the colors separate, not mixing them together.” He stopped and fanned the nape of his sunburned, reddened neck with his right hand, forcing his elbow to jut out like a wing. “I do think pink is sort of a gay color for a cookie, though. So, what have you been up to?”

“Same old, same old,” he answered. “Have you done any traveling since Peggy’s party?”

Peggy? Who’s Peggy? I thought. Traveling? What does he know about my travels? “No, not really. I did go to Costco about a month ago. What about you?”

“Well, Sally and I just got back from Texas. We finally sold our home in Waco.”

Waco? I repeated to myself. I don’t know anyone from Waco. Have I met a Sally from Waco?

“We were a little disappointed though. We got the asking price, but we had to sell it to some Mexicans. Nice people, I suppose. He’s a professor at Baylor and she’s a middle school principal. But they are Mexicans.” The stranger paused and looked downcast. “Sally and I never dreamed we’d have Mexicans living in our house.

I felt my teeth making a fist. I had to figure out who this guy was and why I knew someone like him. “What is your last name again?”

“And I’m Brian Osgood, in case you’ve forgotten my name,” I said as a courtesy, since he seemed to know me.

The man’s head snapped back a bit. His face morphed into a wavy question mark.  “You’re not Wally from Dubuque?”

The man then stood, and for the first time I noticed he had a red trucker cap fastened through a belt loop on his jeans.  It rested on his hip, its dome bloated like a heart full of hot air. “My mistake,” he said. “I thought you were the guy I met at Peggy’s who had worked on the Trump campaign in Iowa.“ He unhooked his hat and plopped it on his head.  “I’m off,” he said as he turned to walk away. “Gottamake Mexico great again. Gotta tell them how to do things the right way.”

I watched with a mix of disbelief and disgust as he dashed off. I saw him bump into a young Latina holding a toddler’s hand as they walked at the child’s pace. The man did not acknowledge the collision. I sighed, shook my head, and finally sipped my coffee. Peachy cool arrow, I thought.