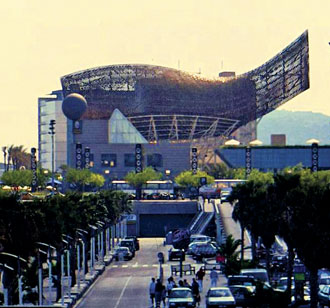 I might never have seen Barcelona had a cruise to Rome not begun there, and that would have been a travel tragedy.  Barcelona is not only a different flavor of Spain and a distinctive take on Europe, but a feast of sights, sounds, and tastes that will provoke your thoughts and lift your spirits.

Barcelona is full of contrasts that will surprise and delight, beginning with a skyline dotted by grand scale sculptural architecture in cutting-edge Euro style.

This is, after all, the birthplace of painter/sculptor Joan Miró (there’s a museum) as well as Picasso’s childhood home (you can visit it).

The window of my high rise hotel right on the coast in the Olympic Village affords a great view of the city.

It is the door to a walking time machine that will take me back 1,000 years within 45 minutes.

Barcelona is a different flavor of Spain because its history as an independent Cataluña far pre-dates its Spanish nationality.

Beginning with the fall of Franco, the Catalan culture has experienced a renaissance to the extent that the Catalan language appears on maps and street signs.

The walk from the Olympic Village (’92 Summer Olympics) toward the city along the shoreline begins with a mammoth marina that’s liberally sown with seafood restaurants and bars.  (Dinner begins late here, and it’s not unusual to see a family with children sitting down to order at 10 PM.)

In the Barri Gòtic, the oldest part of Barcelona, narrow streets are scaled to pedestrians or one-horse carts and buildings for walk-up.

It’s easy to get turned around in its Byzantine street plan, but you’re never more than a few blocks from the twenty-first century.

Barcelona is the product of cultural overlays beginning with the Greeks, Carthaginians, and Romans.

Subsequent overlays have erased most architectural evidence of them, and the few that remain are treated like antiques under glass.

Montjuic is a low mountain that is not only a Barcelona skyline signature, but an important milestone in the city’s past and an integral part of its present.

This large, wooded park takes its name from its centuries-old Jewish cemetery, and is home to a collection of sites well worth a visit.

Most notable are structures built for the 1929 International Exposition including the Palau Palace and the Spanish Village, a hamlet of streets each representing a different region of Spain.  It can be reached from the city center by cable cars that pass over an Eiffel-vintage tower on their way up and back.

Barcelona’s Catedral is a medieval masterpiece and startling contrast with the Catedral Sagrada Familia.

Sagrada Familia is the unfinished masterpiece of native Antoni Gaudi, whose strikingly original architecture reshaped the face of Barcelona at the turn of the last century, and it’s easily the city’s biggest single attraction.

Gaudi devotees are continuously raising money to complete it and work continues to this day.

The place is thick with tourists from Japan, where Gaudi has acquired cult status.

Gaudi’s residential architecture may be smaller in scale, but equally original and instantly identifiable.

For anyone whose appetite for Gaudi remains unsated, his work at the Parc Güell garden complex will completely fulfill.

The origins of La Rambla pre-date the Roman occupation.

It’s the Champs-Elysees without auto traffic, an urban promenade that lets you crisscross the boulevard at your own pace.

Here among the throngs you’ll see mimes, street musicians, and a great slice of Barcelona life.

Don’t miss the Mercat de la Boqueria, a great open market in the finest European tradition where you can find everything from fish to flowers. The Mercat fronts on La Rambla.

You haven’t experienced Spain unless you’ve had jamon Serrano.

Great historical and cultural sites, and engaging coastal setting, and delectable dishes make Barcelona a lot of bang for a single port-of-call, and it will lead you to agree that Barcelona IS the most European of Spanish cities. 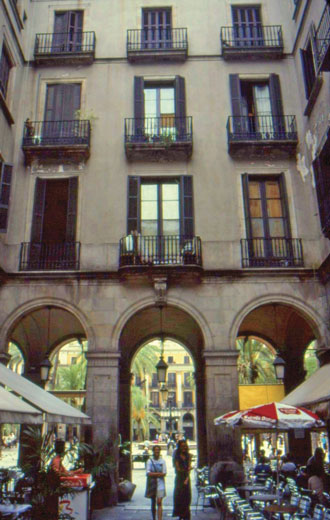 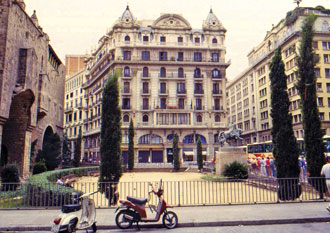 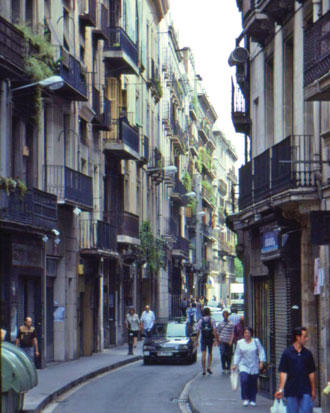 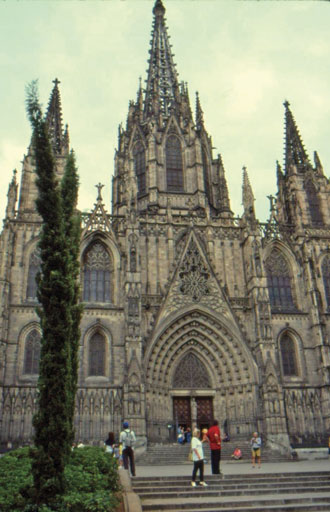 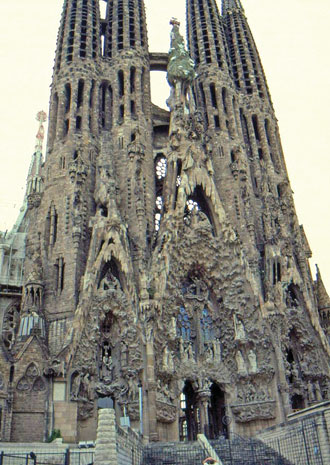 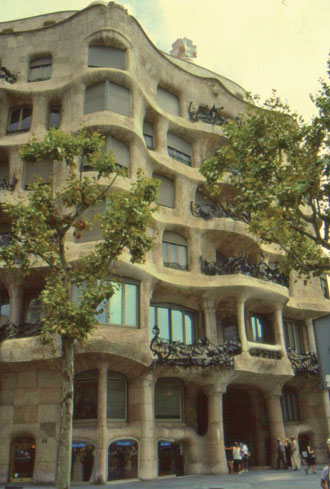 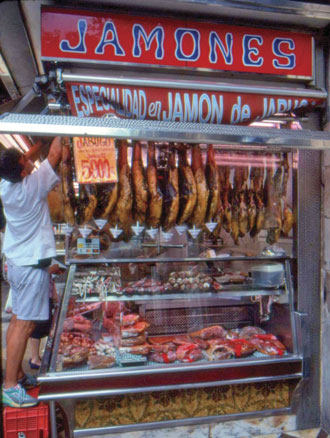