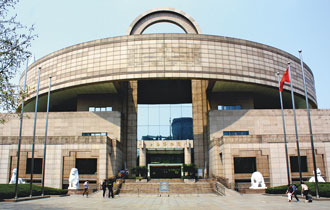 The Shanghai Museum’s stunning collection presents an intimate picture of Chinese culture and history that makes it a great introduction to China for the first time visitor.

It is also home to the Minority Nationalities gallery.

This museum is so vast and engaging that it takes no less than a full day to fully absorb its exhibits.

I’m not an aficionado of home furnishings or jewelry, but for my shorter visit I singled out furniture, jade, porcelain and the Minorities Gallery on the grounds that they would afford greater insight into the daily lives of ancient Chinese.

The Chinese were already producing intricately engraved and painted furniture as early as 1500 BCE.

Its style is characterized by the use of thick lacquer finishes, detailed engravings, and paintings.

Some of the features now widely regarded as Chinese began appearing more prominently around the start of the European Middle Ages.

By the beginning of the second millennium, chairs, benches, and stools were in common throughout Chinese society.

The newest and most complex designs were reserved for  use by officials and the upper classes.

It’s an interesting bit of trivia that the Chinese introduced the folding stool, adapting it from designs of nomadic tribes to the North and West who valued them for their collapsability and light weight.

When the Chinese ban on imports was first lifted in the 1800’s, larger quantities and varieties of woods began to flood in from other parts of Asia.

These denser woods lent themselves to works marked by even finer detail and more elaborate joinery.

The Chinese began to carve jade as early as 3500 BCE.

Simple ornaments with bead, button, and tubular shapes are among the earliest known jade artifacts.

Many gemstones were considered by the Chinese to have properties for detecting and neutralizing poison.

Jade has been traditionally considered to have particularly strong powers.

Similar beliefs were widely shared by people in the pre-Hispanic Americas and in Renaissance Europe.

Aristocrats of the Han Dynasty  were buried in jade suits intended to preserve the body from decay.

Jade was also used for adze heads, knives, and other weapons which required delicate shaping and finishing.

Ceremonial blades began to appear in China during the European Middle Ages.

By the dawn of the first millennium, new metal-working technologies produced finer tools which made it possible to carve jade into more delicate decorative objects.

There are actually two types of jade.  Jadeite has about the same hardness as quartz.  Nephrite is slightly softer, but is more resistant to breakage than jadeite.

Nephrite appears as creamy white in color, as well as in a range of green colors.  The white variety – known in China as “mutton fat” jade – was the most highly prized until early in the nineteenth century, when the jadeite variety became more popular.

In the nineteenth century, a vivid green jade from Burma known as Kingfisher Jade became the preferred gemstone among China’s rulers and imperial scholars.  Much of the jade carved in China today is still mined in northern Burma.

See more of the Shanghai Museum in my next post.

The Shanghai Museum is centrally located within the sprawling People’s Park.  Both sit on the site of the former Shanghai Race Club organized by and for Europeans living in the foreign concessions.  They’re readily accessible by Metro lines, city busses, and Big Bus Tours.

P.S. – Like many other foreign tourist attractions and upscale hotels, restrooms in the Shanghai Museum have Western-style commodes that distinguish them from the squat-over-a-hole variety of toilet usually found in older and more local venues.  Be forewarned. 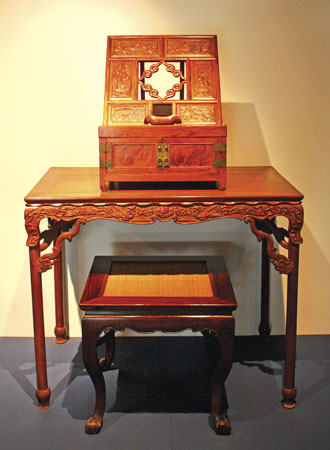 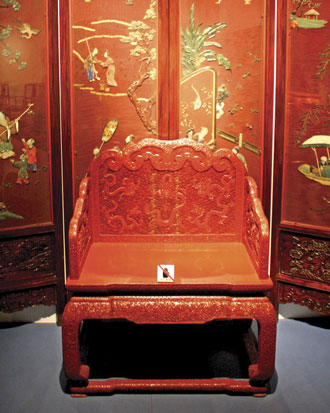 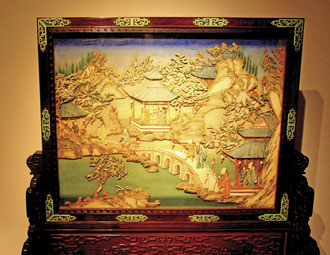 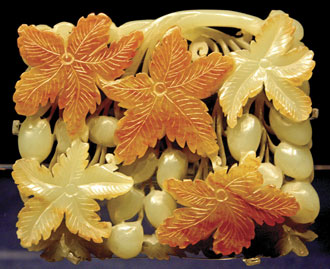 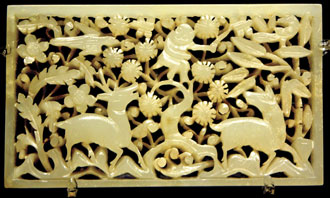 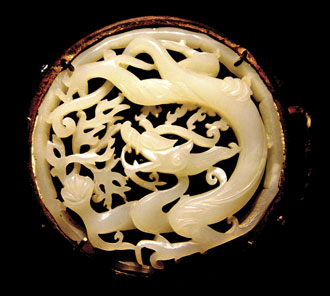 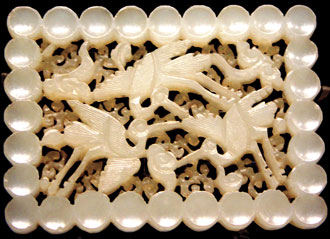 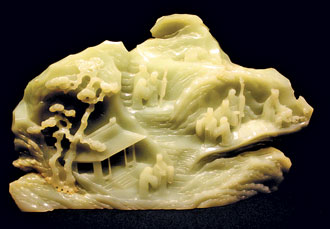