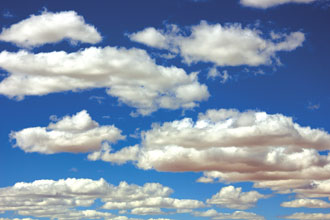 I drove down the street toward my house after an appointment with my therapist. Would I ever get over my past transgression? I wondered. I sang along with the radio. “Something’s happening here, what it is isn’t exactly clear.”

A bright luminous swirling flash dropping from the grey, clouded heavens over the roof of my house caught my eye. I turned to catch it but it disappeared fast as the flutter of a hummingbird’s wing; here, not here. What the heck was that?

I parked and picked up my phone from the passenger’s seat. It lit up—11:53 a.m., September 6, 2017. I walked to the front door in the dim light growing dimmer by the moment. The house was quiet and dark as today was my wife’s day for grocery shopping, and she always pulled the shades shut. I inserted the key into the lock-plate, and it sparked making me jump with a start.

“Ouch!” I said more surprised than hurt. I opened the door and froze. The figure of a young man stood in the living room, his face hardly visible in the darkened living room.

“Hey, Tino,” he said. “I knew that you’d be here soon, and let myself in.” His voice sounded familiar, a very distant familiar.

“How’d you get in?” I asked. My voice nervously quavered.

“Where I come from there’s no need for keys, or even doors for that matter,” the young man said. “You seem to be a little scared, hombre. Don’t you recognize an old friend? Step closer and get a good look. I promise you won’t be harmed.”

I stepped forward. He came into focus. I felt as though I would lose control of my bladder.

He smiled and said, “Boy, you’ve really aged.” My head spun. I braced myself against the sofa.

“How can this be?” His smile faded.

“It’s been fifty years to the day and hour, and minute that I was hit outside Da Nang. I never heard the shot or even felt the bullet that tore through my brain, made a bloody mess. I’m just grateful that they were able to load my body onto the helicopter and send me home. The military funeral was nice, twenty-one-gun salute and all. And thanks for going. It was comforting for my Ma and Pa that you were there since you and I grew up together.”

“Yes Gilbert, we serving our first mass at Saint Jude’s as altar boys”

“Ha! You were so nervous that your hand was shaking and you missed Father’s chalice and spilled the wine on the floor. Remember going to confession for the first time to have our sins absolved? I mean what kind of sins can boys that age commit that need forgiving?”

“Yeah,” I said. “I had to make up sins.” Gilbert’s mood turned dark. “I committed some terrible sins in Nam.”

“This can’t be happening. Is this a dream?”

“Not a dream,” Gilbert said. “Give a hard pull to the hairs on your forearm.” I did.

“Ouch! But Gilbert, how? I mean where did you…”He raised a hand stopping me in midsentence.

“It doesn’t matter “how,” or “where,” the point is that I’m here with you. I need to tell you that you made the right decision by not joining the Marines with Gary. Otherwise you’d have wound up like him, all shot up, or like me, just another name on a dark wall in Washington D.C. Because of what happened to me, I never knew what it was to love a spouse, never knew what it was to have children and raise them. You did a great job raising your kids. The greatest gift that a person can give to the world are good and loving children, and you did it very well, hombre.”

“This is too much for me to take in, Gilbert. This is impossible.”

“Enough!” Gilbert said sharply. “I’m here, and you’re here, and that’s all that matters right now, and I’m telling you that you did the right thing by not serving in that damned war and instead becoming a family man. That was much more productive.”

“Okay,” I said. “I’ll go along with you. Thank you for saying that about what I’ve done, but because I didn’t serve someone else served in my place and was either a casualty or forever changed by the war, and in the worst sort of way.” Gilbert raised his hand again stopping me.

“Some guys were able to deal with war. The guys who couldn’t wound up killing themselves, or tried to deaden the pain with alcohol and drugs, a lot of them went crazy and living in the streets.”

“Knowing you as well as I do, there’s no doubt that if you had survived, you wouldn’t have gotten over it. You were the sensitive type, wanting to help anybody who was hurting. I always liked that about you, Tino. Going to war would have been the biggest mistake or your life. You did what you were supposed to do. You’ve beaten yourself up about not joining up for too long.” Gilbert raised his hand once again, but this time he made the Sign of the Cross toward me and said. “I absolve you.”

Gilbert snapped to attention, saluted, and morphed into a milky white swirl that dissipated into the ether. The drapes flew open with the swish of air.

An overwhelming sense of relief filled me; a terrible weight lifted. Tears flooded my eyes. Rays of sunlight shone through the window brilliantly lighting up the room.