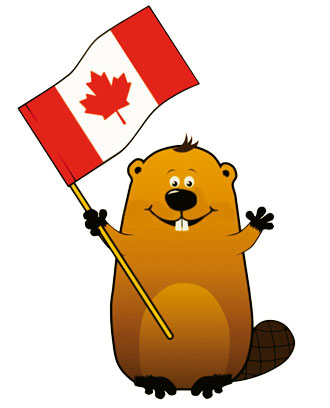 To belong means to be accepted by those around you. The dictionary describes belonging as “to be in natural association with something”. When she is a foreigner with a strong accent dropping into an existing world as an adult—like me thirty years ago—belonging proves difficult to obtain. My aura of “otherness” prevents an easy point of recognition with another person.

Getting to know someone is work and it requires a reason to start that labor. Most people in my adopted country Canada have the intent to be friendly, expressed by the old saw: if you can’t say anything nice, don’t say anything at all. Canadians are polite, but more than politeness was needed to break the shell of my foreignness.

In the north of Alberta, the population mix is roughly 50-50 First Nation members and non-Indigenous residents. My fresh-of-the-boat history is not theirs. Without the social overlapping points of conversation, it became so much harder for others to get to know me. Although it had made sense for me to join my Canadian young man and to start a family in this far away, cold country, my first years in central Alberta were a time of intense struggle as a newcomer. It was tough going, finding some comfort in this foreign land, building friendships, and a new existence—until my child was born.

Three years after immigration, I finally started to have an inkling what belonging was, when I became pregnant. Suddenly, people around me—even total strangers—were genuinely nice to me. Their faces became softer when they met me, something I did not relate to being pregnant at first. I just thought that people simply were nicer in this new place in the north, where we had just settled.

After my daughter’s birth, the trend of increased compassion from others continued, and visitors arrived with gifts. I didn’t know what was happening to me: this attention and concern with us, where did that come from? Being in the center of attention felt like sinking into a warm bath. What had I done to deserve this?

Slowly it seeped into my awareness what had opened the door. Giving birth was the Open Sesame to the cave of all hearts. People remembered, they spoke of their own children, and told me their birth stories; they softened.

I have no words enough for describing this most unrelenting, life-giving event that putting a child into the world is: from the creation of a fetus from my cells and the father’s, and its development over nine month, until its final explosion: the birth. Giving birth is an overwhelming event, but almost as important to me was that the women around me mothered me, supported me, and understood me without words. I was beginning to understand other mothers on a sensory and emotional level. We shared our sorrows and joys. We became a sisterhood of women with small children in this remote area of Northern Canada. We spent time together, and helped out with each others’ kids; we called our group the Moms and Tots group.

During my seven years in the north we became a family in spirit, sisters in motherhood. My new family in the north overcame the barriers of my foreignness and eased my own birth as a Canadian. I felt the embrace of friendship and shared motherhood with this group of lovely women, until another move was unavoidable for work, and my family left for another province.

Some of those friendship bonds proved to be unaffected by distance and time—all the way into the present—when we are now preparing to spend time together in retirement—this time in Mexico. Belonging is essential to survival. Social relationships make us grow, at any age and wherever you are. We need social connection to survive. What I have learned then in Canada’s north, I have repeated throughout my life, and now in retirement in Ajijic, Jalisco.