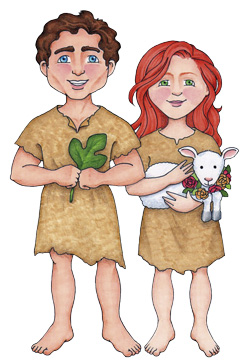 But all of us, also, are the last generation to live in a certain kind of world.

Jane Doe, the protagonist in Tropic of Night (2003)*, a fine novel by Michael Gruber, reflects upon her father and “his generation, that particular lost one that was born during the Second World War. He used to tote up the things that his generation was last at. Last to experience the segregation of the races, last to come to sexual maturity before women’s lib and the Pill, last to believe that the United States was invariably the good guy, last to defer without much question to teachers and elders in general, last to get the full load of dead white male culture force-fed into their brains and souls, last to grow up before TV became the ruling power.  If Catholic, last to get raised in the pre-Vatican II shut-up-and-do-what-we-say, superstitious, devotional American church.  The last to start screwing before Roe v. Wade, and hence and finally, the last to think it mandatory to marry the girl you got pregnant.”
I was born January 18, 1942, a little over a month after Pearl Harbor, into that generation that Gruber calls “that particular lost one,” although I never thought about it as being “lost,” in part because Gertrude Stein (although the phrase was popularized by Ernest Hemingway in The Sun Also Rises) had already identified the generation that came to maturity after World War I as “the lost generation.”  But I certainly grew up in that World War II generation Gruber’s Jane Doe is thinking about.

And thinking about it myself I might add a few things…that generation I belong to grew up in a world where trains were still used for transportation, where Morse Code and the telegraph were used for communication, and where bank deposits and withdrawals were still recorded by hand in a little book. And we were almost the last to be born into a world that had no nuclear weapons, no Sputniks, and no violated moon.

We were also the last generation to live in a world without sophisticated computers, although, amazingly, the generation that follows us was also born into a world that did not yet have email (which was not created until 1972), or the internet (a term first used in 1974), or the world-wide-web, known to us now as the “www” (which arrived only in 1992).

I grew up in Ashland, Ohio.  A small town then was the heart of life itself, and it was all to be loved, including the elderly people on our street:  Wiley and Macy Hart, Dr. Meuser, Rev. Brown (who always called me “Brother Jim”), Jesse Fitzpatrick and her husband Morgan (who hung himself one summer night in his garage and a frantic Jesse called Dad to cut him down), and down the street the two mysterious spinsters—the Dick sisters—who raised sheep and who taught me a few things about the centers of flowers.

At neighborhood gatherings after hamburgers and croquet and hand-cranked ice cream served with peaches plucked before our very eyes, we would in those days sing…songs with our own versions of verses that went like:  “how the old folks would enjoy it…they would sit all night and listen…as we sang in the evening…by the moonlight…”  Now I have become one of those old folks who “sit all night and listen…”

The world I was born into was a world without retirement homes, without condos in Florida or cities for the aging hidden on some eternally sunny desert in Arizona.  But in the 1950’s and 1960’s America was rapidly changing.  A character in the John D. MacDonald novel Condominium (1977)* ponders this:  “For the first time in the history of the world, millions of the elderly are isolated from the rest of life, and somehow it brings out the worst in us.”

When condos began to be built in the 1950’s in the United States, people said they would never catch on; some even said they were part of the International Communist Conspiracy to destroy individual ownership of property.  However, by 1970, thanks to Capitalism at work, there were 60,000 condo units in the United States.  By 1980, there were 2,000,000 units.  Now there are more than 5,000,000 units.

Another character in that same John D. MacDonald novel makes this observation: “The thing about condominium living…was the difference between the brochures and the reality.  In the brochures there were smiling friendly people in groups, having swimming parties and steak roasts and making shell ashtrays together, happy as clams, always smiling and hugging.  And they all looked about forty.  Move in and you were in the middle of a batch of suspicious, testy, cantankerous old folks, their faces pursed into permanent expressions of distaste, anxiety, and hidden alarm.”

Well, my grandparents ultimately were unable to avoid either death or taxes; but Adam and Eve were born before both death and taxes.  Had they been able to keep their hands where they belonged—or at least off the apple—they would not even have introduced death into the world.   Adam and Eve were also the last generation to experience one very important thing—forgive me Martha for saying this—they were the last generation to experience Paradise.