Waiting On The Sequel 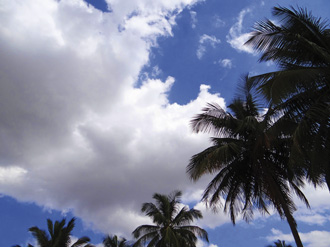 It dawned on me one morning, watching the cloud train moved along the length of Lake Chapala, east to west, from the deep end to shallow end, scurried along by the sun tying up its Nike’s for a run across the heavens, my life is a motion picture. Sitting in the front row on my terrace, coffee in hand instead of a box of popcorn, I came to the realization the movie was inspired by a true story, with conjoined scenes piling up like a train wreck. The picture, considering it was a low budget film, and the star, a well-known presence to a few people, is a cliffhanger, and The Longest Day, but a trailer compared to the story that seemingly never ends. I’m in full agreement with Roger Ebert, “No good movie is too long and no bad movie is short enough.”

Somehow at this late date I’ve managed to edit out most of the nonessential scenes that have involved dead ends and doorknob characters, and to quote Orson Welles, “The whole eloquence of cinema is achieved in the editing room.” The cliché they don’t make ‘em like that anymore can be critiqued several ways; however, I’ve come to the conclusion, that although I tend to view everything as black and white, I feel it’s been a colorful movie. It could even be considered Technicolor. Underwhelming at times, nevertheless potholed with clarity, it has its moments of conflict, and catharsis, and the potential for a coronary conclusion.

It’s been nominated for the Best Picture in the Category of Having Lived This Long every year since 1945. Ava Gardner noted, “Hell, I suppose if you stick around long enough they have to say something nice about you.”

As for the future, after I’ve been through reel-to-reel, Video Discs, VHS, DVD, and online streaming, I don’t think the advent of virtual reality where audiences can witness events unfolding will come into play, as most of the players in my movie have left the theater. As the star of my production, I still could have the option of being digitally reconstructed and inserted into any future film.

What came first the book or the movie is no longer a chicken and egg analogy; Bill Gates has patented something that creates a visual of any random selection of text. So after the credits, if all that remains of my movie is the book, reading it will be like watching it on screen. As for the credits, most likely they will be memorable for the music, and timed so only the interesting names and places catch the eye. Anyway, who sticks around for the credits?

It doesn’t seem likely there will be a remake, that I believe is self-evident, and as for a sequel; re-incarnation would only come with casting and story battles, and the Almighty would require a team of script doctors, and maybe a ghostwriter.