Tumble Off The Page 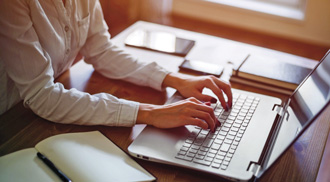 I am writing two novels which trouble me greatly.

The first was coming along and Protagonist #1 and I were sharing some wicked laughs, but then she went goofy on me. So I put her into a deep sleep and stuck her in a file; given the state she was in when I put her to bed, I thought maybe she’d thank me when she decides to wake up.

Well, it matters not because what she did was so upsetting that it was either put her to sleep for awhile or gulp down that fifth of Woodbridge bourbon that’s been staring me down ever since Paz Liquors accidentally ran it on sale.

I then began to write my second novel, and whaddya know, Protagonist #2 got stuck in a situation that was quite painful for me to witness. I had to click ‘save’ and ‘close’ and walk away. I confess that I just left her there, wondering whether she would survive – evidently, I am not a good friend in traumatic situations, so be warned!

The only positive aspect of this entire thing is that my respect for God has increased because, hell, checking the world population counter just now and we can see that God has at least 7.6 billion such stories to write here on Earth alone – lord knows how many stories there are on Exoplanet Dimidium!

When I was a child, my father gifted my big sister Mary – aka his “favorite daughter” – three Nancy Drew Mysteries: The Clue of the Dancing Puppet; The Club of the Whistling Bagpipes; and The Secret of the Golden Pavilion. Mary, 11 at the time, was a straight-A student and she breezed through them.

Middle-sister Cynthia didn’t care much for Nancy Drew because Mary did; she read only biographies checked out from the library. So, lucky for me, the books were passed directly on to me, the youngest at age seven, and they were my first big-girl reads.

“There are millions and millions of books out there being written, Margaret,” my father intoned. “And it’s your turn to join us in these new worlds.”

Mary kindly instructed that I might not understand some of the subtext found in Nancy Drew’s life, not to worry if things appeared to be one way but were actually another, and to go ahead and try to get through at least one.

Neither knew it at the time, but I stopped listening when my father had uttered the word “written.” It suddenly occurred to me that someone, many people, probably millions, were sitting down right then and writing books. As in, people did that. For all of the seven long years of my life, I’d read dozens of children’s books and this fact of someone creating stories had completely escaped me. It seemed so overwhelmingly generous to me in that moment and my young brain folded its creases a little deeper that day.

I carefully read the Nancy Drew stories, not because I didn’t understand them, but because of how artfully Carolyn Keene had painted with sentences, one colorful phrase flowing into another, adding in some scenic sculpture, all of it varnished by moods that spooked, all of these images combining into chapters until they had 29 or so. And then, it all came together, that warm and comfortable feeling that things weren’t as bad as they had seemed; they were rational and predictable.

Frankly, by my ninth birthday, I had read around 30 Nancy Drew Mysteries and began to feel disappointed by their repetitive, neat-and-tidy resolutions. As I matured, I wanted more laughter or tears, perhaps a little of both, darker darkness, lighter lights, words strung together in a way to touch me in all my forbidden places. Cynthia by now was into books like Helter Skelter, which my mother forbade me to read until my 13th birthday, which I did. Mistake!

Then my sisters and I headed into all the love stories, gothic mysteries, modern crime, horror, humor, and classics assigned by teachers and professors. These days Mary sticks mostly to the latter, Cynthia hangs onto history, and I am omnivorous when it comes to books.

But wait. Thus inspired by sweet memories and it’s time to check on my own women.

I can see that Protagonist #1 is ready to wake up, and no question about it she’s got to get herself to an AA meeting. She slept with Albert, the grimy pressman from the local newspaper who crushed on her years ago when they worked together; he still can’t scrub the ink out from under his nails. They ran into each other last night at the bar where, damn it all, she fell off the wagon because she’s back in town to try and solve her father’s murder. Hey, so I’m going to go easy on her for awhile, early to bed, that sort of thing … until she finds the photos.

Oh. I’m so sorry, but Protagonist #2 still has a dead child, an accident, you see, that she will never quite get over, but it will inform everything else she does because that’s what happens. It will even inform how she reacts when she loses another child a year from now. There’s nothing I can do about that except to help her march forward into … danger, which she faces in the wild west of 1878, gunslingers and gamblers, prostitutes and charlatans who fall in love and try to make right, all swirling around this brave pioneer woman, widowed at 30, five children to feed and no home to turn back to except the one beyond stars, which hang there in three sparkling dimensions in the nighttime New Mexico sky.

Someday they both might tumble off the page and into your world, but not if I keep writing this column on this dark, early day. Adios.