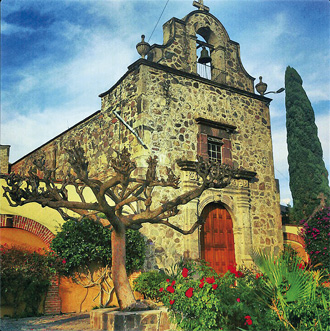 If you looked at a stack of photographs of Ajijic, Mexico from the last decade, you wouldn’t see too many changes in the pictures as time progressed. There would still be horses ridden by unfashionable, dusty caballeros, riding alongside the main road, occasionally crossing at a red light in between the stopped cars. Local Mexican women, many with a square, Mayan build, carry plastic bags of fruit and cheeses as they traipse through a carpet of purple flower petals covering the walkways. And numerous gringos trot among the locals, wearing tennis shoes or sandals and hurrying along to nowhere special, transfixed by the local sounds and smells.

The gringos all sport self-satisfied smiles as though they share a secret: They have found the key to happiness in this lazy, languid life. The local culture never ceases to throw small surprises their way, assuring continuous entertainment. An occasional artist has set up an impromptu studio and offers gloriously bright renditions of paradise for sale at reasonable Mexican prices. Scruffy young musicians from the surrounding hills of Mount Garcia play on wind instruments, duplicating the high-pitched, haunting music of their ancestors as their braids dance against their shoulders.

Sometimes one can stumble upon something almost magical. One day, walking in town, we noticed a crudely-written sign “Visit the hummingbirds. Flossie’s Drive-By Fast Food Feeders. Ring bell loudly, I’m hard of hearing.” So we clanged the hanging bell really hard. An old, slightly stooped gray-haired woman in a blue floppy hat and mismatched printed clothes opened her gate and invited us into her garden. This was Flossie. In her garden, she had over twenty hummingbird feeders set up in front of four chairs.

“Sit down and put your hands in your laps. No scratching your nose or fooling with your hair,” Flossie commanded. Hummingbirds were swooping and diving all around us. We could hear the droning sound of their wings going rapidly like helicopter blades as they changed feeders. She offered educational commentary and we realized there were several species having their sustenance, including one rare hummingbird. Flossie flashed photos from a book when a new bird joined the scene. We were mesmerized.

This was the village my husband and I stumbled upon many years ago on a long-weekend vacation. We promptly made an email offer on a house (email!) and never regretted what seemed an impetuous step at the time. We often acknowledge that this leap into a foreign culture gave us some of the best times of our lives.

Of course, the argument could be made that a major change occurred when the “evil” Walmart came into town. But try as the store might to modernize the landscape, the local vendors are holding their own against this American giant of commerce. The weekly tianguis (a street market of just about anything you could want, sold under small blue tarps blocking the sun) is still well attended and bustling.

Then, a few years ago, an ill wind blew across the border towns. The narcotics business, long a key enterprise in a country catering to America’s hunger for vices, suddenly started showing up as headlines in the American daily news. Weekly stories outline the hunger the competing narcotics operations have for one another’s territories, as the Mexican government clamps down on the trade.

The U.S. newspapers delight in placing these stories on front pages, right alongside world war developments and disaster reports. And its citizens comment to one another over their morning coffee about how bad it has become “down there” and nod their heads in agreement that they sure are glad they went to Cancun before all this hit. There is no way they would go now.

Family and friends worry about our regular trips down south of the border. Many of them no longer want to come down to visit. The bountiful flow of new retirees has stalled, in part because of a damaged U.S. economy.

We ponder these issues as we admire another glorious, kaleidoscopic Mexican sunset. From our perspective, nothing has changed. 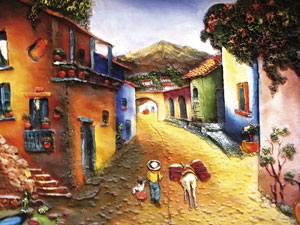 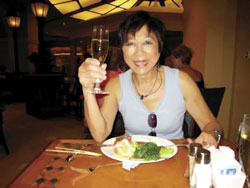