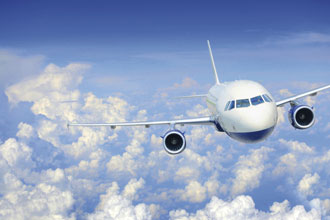 I fly on Mexican airlines all the time. Living at Lakeside and working full-time for a US publishing company, I have regular occasion to experience the Mexico business travelworld. In an aviation landscape that is maturing and hitting its stride, these are giddy times. And the news is all good, especially for GDL and Lakeside residents. If your idea of an ‘escape’ is five ‘tope tossled’ hours on a bus to PV, think again. A rainbow of Mexico experiences is now more affordable and convenient than ever.

During the past couple of decades, stability is not a term commonly associated with Mexican aviation. This is ironic, since the now bankrupt Mexicana de Aviación was an aviation pioneer, launching the continent’s very first commercial air service back in 1921. The 1980-90’s saw a flurry of new carriers come and go—some via consolidation, other by debtors and some by maintenance violation grounding.

When Mexicana Airlines ceased operations on August 28, 2010 it was a body blow to both international and domestic service. Aeromexico ruled the skies and barriers to entrance kept competition weak. A dearth of competition sent airfares to some of the world’s most expensive per seat mile. Even the shortest of flights would set you back no less than $200US and up, per leg.

Over the past six years, a solid roster of Mexican carriers clawed their way to profitability. Interjet (profiting from Mexicana’s demise), Volaris (Mexico’s bare bones fare leader) and VivaAerobus (with Ryanair investment) now vie alongside Aeromexico (itself now being gobbled up by suitor Delta Airlines). Add tumbling fuel cost sto this competitive environment, and the result is a previously unheard array of low cost choices and ‘wow’ innovation.

I’ve flown GDL-CUN-GDL for a mere $140 US. My trip to Mexico City next week is $120 US (including $1,005 pesos in taxes). That’s a pretty slim profit margin. However, the marginal yield has not stopped the carriers from innovation. Here are some of the quirkier offers:

Volaris: When I booked GDL-SJD last month, Volaris offered me a camel ride excursion. When I flew to Cancun last week, I was given the chance to ‘bet’ against the house: if my flight wasn’t within 30 minutes of scheduled arrival, I get $100 US credit. As luck would have it, the flight was two and 1/2 hours late, but I had declined to fork over the two bucks. Maybe next time.

Interjet: last September was Tequila Month, and the carrier poured copious shots of top-shelf tequila to its smiling customers. Interjet is also the comfort leader (and my personal favorite), with no charge for extra legroom and comfy leather seats!

AeroMexico: want to upgrade to Clase Premier? Aeromexico offers a sliding scale to ‘bid’ for an available seat. I can also click to add $7 dollar trip insurance or a carbon offset.

Today, a perfect storm of falling fuel costs and a solid roster of carriers gives rise to a new era for Mexico’s domestic air customers. So next time you contemplate an overland to the coast, ask yourself , “What about Cabo or Playa del Carmen?”

(Ed. Note: Greg Custer and wife Jane are Lakeside residents and have 30+ years promoting Mexico and educating travel agents around the world.)