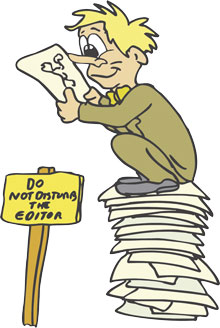 In all my 23 years as the editor of this magazine, I have never seen it happen before. Over those same years, we often published articles and stories that have found sizable favor with our readers, as recorded by Letters to the Editor and the number of hits on our website, Chapala.com.

Ordinarily, in the first week of the publication of any given issue, a strong response from the reading public might be reflected by the number of “hits” for that article on our website. Anywhere near 500 “hits” is a substantial indicator of the impact that article has made on our readership.

In our recent January 2018 issue, an article entitled “She Cannot, But I Can” by Karl Homann quickly registered within one week of its publication the astounding number of more than 10,000 hits. The article, a Lakeside variation of the “Pay It Forward” world-wide movement, obviously touched a sizable number of people, and in doing so reflected great credit on both Mr. Homann, as well as our local community. The Lakeside area has long been a haven for compassionate residents and the large number of local charities is but one indication of that.

El Ojo del Lago takes this opportunity to salute both Mr. Homann, as well as all the wonderful people who inhabit this, our beloved little corner of Mexico.