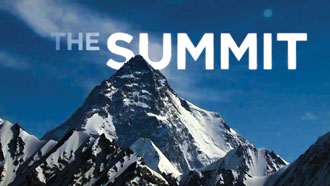 Late for the meeting, Matador ran down Calle De Las Olas. Damn, he thought, I was so sure I’d be on time this week. The chairman singled him out often and not because he thought that Matador deserved a commendation. When he turned the corner, he crashed into somebody. “Get out of the way,” he snarled and looked up into the most beautiful blue eyes he had ever seen. “Pardon me,” he stuttered. She gazed at him exuding quiet confidence.

“In a hurry?” she inquired and he could not remember a single syllable that would make sense.

“Bonita,” she introduced herself and seemed to wait for him to answer. Instead of replying, he turned around as if he wanted to leave, but ended up in a full circle until he faced her again.

“Yes, you are,” he said with a sigh. He discerned by her raised eyebrow that she expected a different reply.

“I mean, Matador,” he supplied and bowed.

He waited and snuck a glimpse from underneath his lowered head to see if she watched him.

“By any chance are you going to the summit?” she asked and Mat realized how tardy he was, as they bolted up Calle Revolucion.

At the entrance to the bull ring they stopped to catch their breath. Without discussion he slumped down and tiptoed inside.

“And there he is. The least dependable of them all,” a booming voice declared and Mat cringed. After straightening himself, he stood facing the chairman while trying to suppress a goofy grin.

“Sorry I’m late,” he offered. He tried to see where Bonita had slunk off to, but she had disappeared. ‘El Jefe’ Kahuna was big. He had been elected two years prior and managed to whip the group of misfits into shape. They were considered the most skilled scavengers in the Chapala region. Leon, the oldest of the group was fourteen, two years Kahuna’s senior. At election time they had gotten into a huge scrap; the group had formed a circle to cheer on the future leader of the alliance. The result had been vicious. Both pugilists had fought to the blood and half of one of Leon’s ears had been left on the floor. It gave him a rakish appearance, not an entire misfortune, according to what the ladies told him.

El Jefe cleared his throat and the congregation shut up.

“It has come to my attention,” he began and displayed his signature menace stare, “that some in our group prefer to sleep all night, rather than rummaging through their assigned streets and properties.

An outraged murmur arose within the assembly and heads were swivelling to find the culprits. As per the unruffled expressions all around, the guilty parties must have been skipping the meeting. Though some of them gaped at Matador, he took a wide stance of defiance against their antagonism.  Once or maybe twice, perchance a few more times, he had overslept for roll call and they never let him forget it.

Okay, the other time he had eaten all the tacos he had found without sharing. Maybe they were still mad about the occasion where he had filched the chicken right from under Cerdo’s nose; served him right, that ceaseless muncher. After all, his nickname was pig, for howl’s sake. They resented him because he was the best-looking of them all. They saw how all the girls singled him out. His mom always told him that his cocky attitude would get him killed or maimed some day.

“Excuse me.” A high-pitched voice was heard among the buzz and duly ignored. “Excuse me?” Expecting a bashful female, everyone was astonished when they spotted the very tall speaker. “Gigante,” he introduced himself and ignored the snickers. “I’m new to the area. I would like to join the group.” Disgruntled scoffs were audible among some of the ruffians. Snippets of ‘never enough,’ no more sharing, ’get out’ could be heard. The voices of dissent were silenced by Kahuna.

“I decide who joins the band of thieves,” he bellowed. A couple of goons were jostling and pushing each other instead of showing respect, but they soon changed their minds when El Jefe charged at them.

“These are the sections assigned to every unit”, he announced after returning to the elevated steps. “Your task is as follows.”

Matador stopped listening when he spotted Bonita on the opposite side of the loop. To his chagrin, her focus was on Kahuna.

“I cannot reach the bags. They’re hanging too high,” somebody wailed and staring down at the brown-haired runt who had complained, snuffles broke out. When he stepped forward, the hilarity among the group grew. “It’s not funny,” he whined as he backed up on somebody’s toes. Immediate retaliation maneuvers between a few of the comrades pushed and prodded the doomed perpetrator around. Kahuna barked, “Name?”

Before he managed to announce his moniker, the little guy’s nose began dripping. As he shook his head, snot flew all around. “Enano,” he cried as one of the hoodlums scuffed him behind his ear and he landed face first in the dirt.

“His nickname is dwarf, what a fitting name for a pip squeak like you, “one of them sniggered.

“Gigante,” el Jefe boomed, “you and Enano can work together.”

The assembly was losing magnitude as their attention span was short. It took some time for order to be restored. “You will concentrate in the Upper La Floresta area,” El Jefe declared. Excitement mounted, everybody knew that incredible stuff could be found in the upscale area.

Matador had heard enough and made his way around to where he had seen Bonita. In a deliberate move he stumbled into her back and held his breath as he waited for her reaction. A painful jolt catapulted him out of his romantic notion. Staring into the cold eyes of El Jefe, he was on the verge of peeing on himself but managed a respectful bow. “Chief,” he said and yawned. An unfortunate habit when he was anxious.

Something dawned on him when he saw Bonita standing beside Kahuna. Although, how this blue-eyed, fair-haired beauty could be enamoured with the bald-shaven colossal and not tumble nose over butt over his incredible physique and raven long-haired mane, he couldn’t fathom. But rules were rules; and this one said, don’t touch the boss’ female. To signal how unintentional his physical contact had been, he crouched down as if he had lost something in the tumble. When he looked back up he watched their backs as they sauntered off.

The meeting had been adjourned. Everybody had received their assignments, apart from Matador, of course. Nobody had left the bull ring yet, when several gun shots jerked them out of their complacency and they bolted toward the exit. Seconds later they had dispersed into the night.

Except for Mat; he was invisible as he ran along the outer edge of the field, straight towards the shadow on the other side.

While aiming, the man yelled at the fleeing pack. He never quite finished his tirade, calling them damn dogs, flee-ridden mongrels.

With a flying leap, the alleged, least dependable of them all, sank his teeth into the man’s behind, thus preventing the killing of any of his compatriots and disappeared into the night.

Though, he did not get the girl, henceforth, the bull-ring in the small Mexican town of Ajijic was known in the canine world El Dominio de Matador.